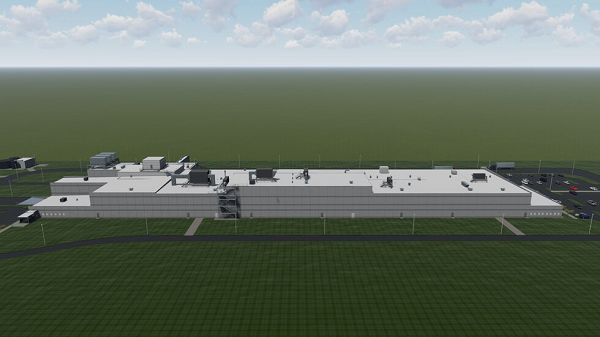 The 150,000 square-foot facility will be in the Eastern Iowa Industrial Center near I-80. City and economic development officials heralded the deal on Tuesday, which is expected to create about 247 new full-time jobs with an average hourly wage of $23.95.

Quad Cities Chamber Interim CEO Mike Oberhaus called it “one of the largest projects in the region that has come to be.”

“Davenport has solidified our reputation as being a community open for business,” Davenport Mayor Mike Matson said.

Construction is expected to begin this summer, and the facility would open in 2024.

Fair Oaks Foods is headquartered in Pleasant Prairie, Wisconsin. It’s the 11th largest Black-owned business in the U.S., and a family-owned meat processing company, supplying bacon, meatballs, pork and turkey sausage to food service, national grocery stores and quick-serve restaurants globally, according to a news release from the Quad Cities Chamber. The company does not do animal processing, said Chief Operating Officer Joseph Freda —companies such as Tyson and JBS supply the meat.

The new facility will process and package fully-cooked bacon. Freda estimated the facility would produce more than 100 million pounds of bacon a year.

The new facility would close to double the workforce of the Midwest meat company — currently the company employs about 300 people, Freda said. The company selected Davenport of 177 sites, Freda said.

At its meeting Wednesday, Davenport aldermen will vote on whether to award Fair Oaks Foods a development deal numbering into the millions of dollars in exchange for jobs created.

City of Davenport will be offering a tax rebate on 60% of the project’s increase in value tax, called Tax Increment Financing, or TIF, over a fifteen-year period. The city will up front pay $1.1 million for an on-site pretreatment facility, which would be subtracted from the TIF rebate.

Much of the work done at the facility will be automated, Freda said, so the company will be looking for “highly skilled” workers like machinists and industrial programmed computer operators.

“Anybody who’s in the protein business is looking for better ways to be more efficient,” Freda said.”So that requires a lot of automation. And with that automation becomes those skill sets.”

Asked specifically what the facility would do, Freda said no slaughtering or processing of raw meat would be done in the facility.

“It’s fully-cooked bacon. What do we do with that bacon? We bring in raw bellies, brine and inject them,” Freda said. “We smoke them, press them, slice them, cook them, package them, put them in a box and out to our customers.”

It will be on a 32-acre site near Interstate 80 and is expected to have an economic impact of $182 million — what the Chamber called the “largest business attraction project in the region’s history.”

Nearby is a built Amazon fulfillment center that city and chamber officials unveiled last summer, but has now delayed its opening until 2024 amid supply chain disruptions, rising costs of construction materials, and concerns from executives the company overbuilt during the pandemic.

Upon announcement, chamber officials estimated the Amazon fulfillment center would immediately invest $250 million in the local economy, and would have at least $148 million annual economic impact annually.

Freda acknowledged inflation and supply chain costs could play a factor in the future opening. He said Fair Oaks originally planned to start the project a year ago, but delayed because of supply chain issues and cost inflation for construction materials.

“Now, we’re fast forward. So, a lot of that delay, we’ve already accounted for a good portion of that, which was about a year,” Freda said. “So, we feel pretty strong about our timeline that early 2024, we will still hit that timeline.”

On labor, too, Freda acknowledged the challenges of hiring and retaining employees in the current labor market, saying in their Wisconsin plant “it’s very hard” to hire, but said with the company’s smaller size, executives aim to make the company more personable and tight-knit.

“Our competitive advantage is, we feel our wages, our opportunities for people to be able to progress in their job and in the company, that’s important for us,” Freda said.

“I am extremely excited to expand our business to the great city of Davenport. We look forward to a long-standing relationship with the QC community, the City and the State of Iowa,” said Michael L. Thompson, CEO & President of Fair Oaks Foods, in a statement.