Eli Lilly & Co. said Tuesday it could spin off or sell its animal health business, a segment that contributed 15% of the pharmaceutical company’s revenue last year but has been pressured in recent years by competition.

Lilly’s Elanco Animal Health Business sells treatments and vaccines for pets and livestock. The unit brought in $740.6 million of revenue in the third quarter, up 5% from a year ago. Overall the company’s third-quarter revenue was $5.66 billion.

“We’ve grown Elanco to a size and scale that now allows us to consider a variety of options to maximize future value,” Chief Executive David Ricks said Tuesday in prepared remarks. Lilly, said its options for Elanco could include an initial public offering, merger or sale.

The company, adding that it could retain the business, said it would provide an update on the review by the middle of next year. The move would mark a pivot for Lilly, which for several years has swatted down questions over whether it would spin off the business.

Revenue from livestock animal treatments decreased 6% in the latest quarter from a year ago, partly due to competitive pressures in the U.S. cattle industry, the company said. Revenue from companion animals such as dogs and cats increased 35%, mainly due to an acquisition of Boehringer Ingelheim Vetmedica’s U.S. feline, canine and rabies vaccine portfolio and increases in wholesale purchases. Still, increased competition and lower realized prices hurt Elanco’s pet business too.

The company recognized impairment, restructuring costs and other charges of $45.5 million during the quarter, with the majority stemming from the integration and severance costs for the recently completed acquisition of Novartis Animal Health. The company also shuttered a manufacturing facility in Ireland that was part of the purchase.

Lilly reported per-share earnings of 53 cents in the third quarter, down from 73 cents a year ago. Adjusted earnings per share, which excludes special charges and other one-time items, was $1.05, up from 88 cents a year ago. Revenue grew 9% from a year ago, mainly due to new pharmaceutical products including Trulicity, Basalgar and others. 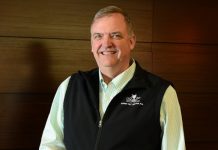 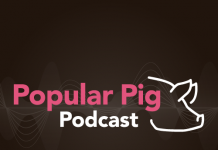 Podcast: The Use of Cooling Pads to Reduce Heat Stress in Sows and Boars | Dr. Allan Schinkel