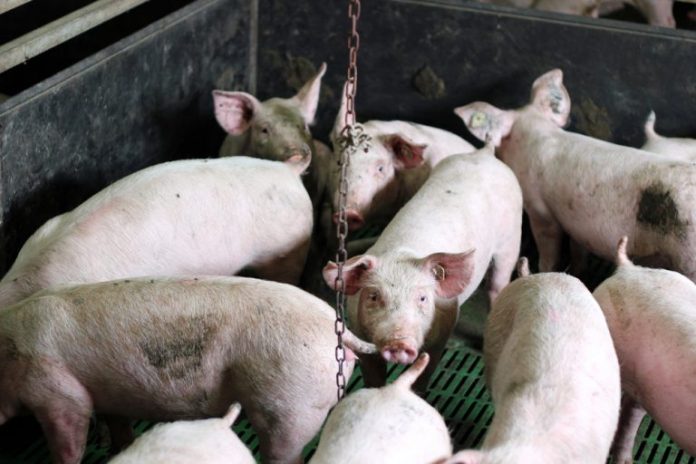 Dozens of farmers in Noord-Brabant, where the Dutch pig and chicken farming industries are concentrated, are moving over the border to Belgium to escape restrictions on factory farm size, according to research by Omroep Brabant. Dutch government policy on reducing farm-related pollution, and limits to farm size, have made it more difficult for livestock farmers in the Netherlands to expand, but in Belgium it is easier to do so, the broadcaster said. In addition, there are fewer restrictions on farming close to nature reserves.
Some 45 Belgian pig farms in the border region are owned by Dutch nationals, and a large proportion either started up or expanded in the past few years, Omroep Brabant said. One example, the broadcaster says, is that of the Meermar farm in Hoogstraten. It has 5,000 pigs and is just 50 metres from the Belgian border. Last year it was taken over by a family from Brabant, who also own a giant pig farm in Etten-Leur. Some of the farmers still live in the Netherlands, an issue which angers Belgian politicians and locals, who say social cohesion is under threat.
Meanwhile, people living in Noord-Brabant complain about the smells and the pollution from the farms which drift over the border to the Netherlands, Omroep Brabant reported. ‘Nitrogen-based pollution is a big problem in Brabant and the nitrogren compounds emitted in Flanders do not stop at the border,’ provincial councillor Anne-Meip Vasveld said. ‘We are urging the provincial government to take action.’