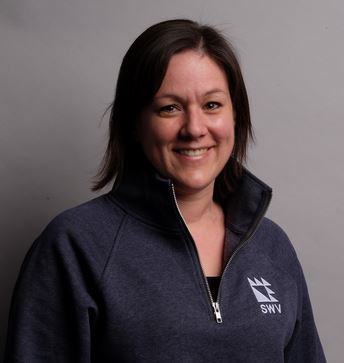 It is well known that animals make use of chemical communication to exchange information within their environment. This chemical communication involves the production, emission and detection of these chemicals. Pigs are able to produce chemical messages (odours) from digital, preputial, vulvar, anal, salivary, buccal, pre-orbital, and Harderian glands. They also have one of the largest olfactory receptor repertoires with 1113 functional olfactory receptor genes and 188 pseudogenes. (Probably explains why they are so good at finding truffles!) Pigs and other animals use these chemical messages to mark their territories. Defining your territory helps to avoid all sorts of conflict with other animals. Animals will use chemical messages (pheromones) to attract other animals for the purposes of reproduction. Even on its own boar scent can stimulate a small percentage of female pigs that are in estrus to initiate a standing reflex. Boar scent has also been shown to stimulate the onset puberty in developing gilts. Sows and piglets use chemical messages to identify members of their own litter. Pigs are able to identify pen mates as part of their normal stable pen population. When a individuals are added or removed from the group some fighting can occur as the group re-establishes the social hierarchy within the pen. Reference 1

In pigs, the vomeronasal organ (VNO) is one of the main detectors of these messages. Inflammation of the VNO has been linked to behavioral changes because it potentially prevents molecule detection and, consequently, the translation of the chemical signal into action. Previous research has further shown that as the intensity of vomeronasal sensory epithelium (VNSE) inflammation increases there is increased aggression between pigs. This can be measured by comparing the rate of skin lesions ( fighting ) to the level of inflammation. The VNO inflammation may be related to various infectious diseases that lead to rhinitis or it may be associated with chemicals produced within the barn such as ammonia or hydrogen sulphide. These French researchers wanted to evaluate the cellular and molecular changes that occur during vomeronasalitis. They examined in 76 vomeronasal sensorial epithelia from 38 intensive-farmed pigs. Microscopic examination was used to evaluate the condition of each VNO and classify inflammation as healthy, weak, moderate, or strong. These data were compared to the thickness of the sensorial epithelium and the number of type 1 vomeronasal receptor cells using anti-Gαi2 protein immunohistochemistry (IHC) and analysis. The presence of odorant-binding proteins (OBPs) in the areas surrounding the VNO was also analyzed by IHC and compared to inflammation intensity since its role as a molecule transporter to sensory neurons has been well-established.

The researchers found the following with respect to those 76 samples: