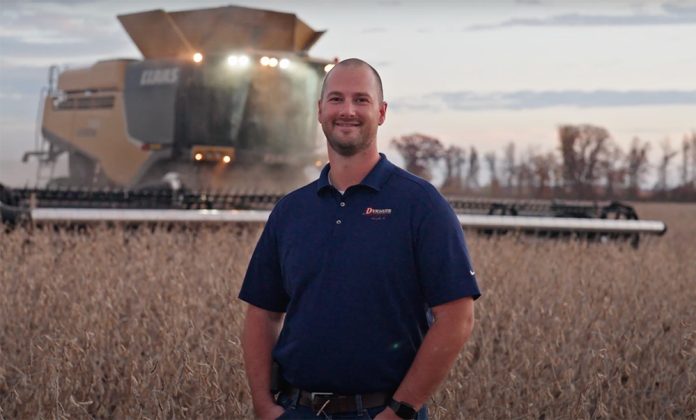 s any hog farmer knows, managing a facility is no easy task. From feeding to cleaning, it takes a village. That’s why sharing the workload and passing down the tricks of the trade are staples that have sustained family-owned operations for so long, and Dykhuis Farms, while perhaps not a traditional version of working through generations, shows the value of those practices. Joseph Dykhuis, current President of Dykhuis Farms, Inc.®, offers his expertise on his family’s research-based business and how they’ve come to where they are today. 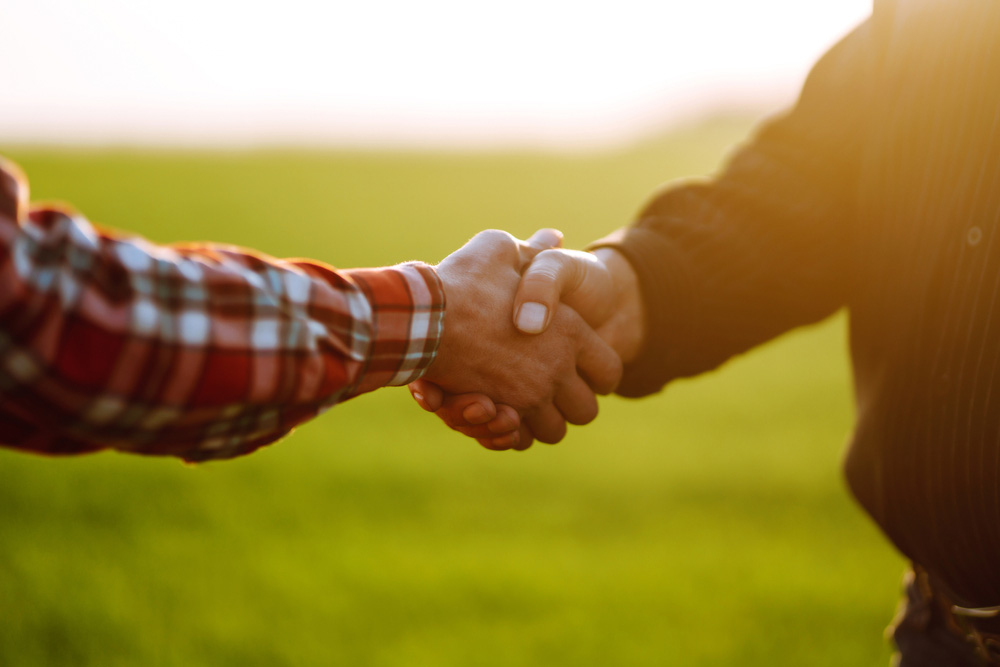 Joe Dykhuis is a second or third-generation hog farmer, depending on how you see it. His father, Bob Dykhuis, finished a program in agricultural technology in ‘78 and came out of it with a dream to raise pigs, but he wanted a partner to do so. Bob’s father, Jim Dykhuis, already had a career as a master plumber, but Bob convinced him to be said partner for the business. The same year Bob graduated, he and his father founded a facility with 80 sows, and what would become Dykhuis Farms was born.

Entering the industry just after the farming crisis of the early ‘70s, Bob Dykhuis started his dealings with pigs when a person could “sweat equity” their way into the industry “and build a future,” as Joe puts it. Moreover, as Bob and Jim began their work, they soon became connected with PIC Genetics® and their PIC model, which angled for genetics that created quality meat, not show pigs. Though this application of genetic engineering was relatively new, it produced results. “We trusted the science of what PIC genetics would deliver…We could make projections of economic performance based off those, and we leaned into that. And holy cow did that work,” says Joe. PIC genetics allowed Dykhuis Farms to produce a competitive, profitable number of pigs, and Bob saw that for himself.

The farm’s operations developed rapidly until it outpaced Jim’s appetite for what he wanted to manage. In the mid-‘80s, Bob sold out of the partnership and started anew with a sow farm, combining the genetics that had already proved successful with his findings on modern technology such as gestation stalls, farrowing crates, and breeding pens. By the time the mid-‘90s rolled around, Dykhuis Farms also fully made the switch from feeder to contracted finishing pigs, and it was the right time to get into that mode of production. Asserts Joe, “A lot of the people who control the sows now…started on the same path and had the same timing events work out.” Bob has reportedly always had a knack for synthesizing research and turning knowledge into action, and so their business continued to grow into the powerhouse it is today. Joe explains that his father “would say ‘it just became very clear to me that that’s what we needed to do, and that performance would pay for that capital investment.’…This industry has been built on people like that, figuring it out and leaning into it, and the rest of us catching up to that…It’s crazy.”

Even so, as production improved and head counts on Dykhuis facilities quickly increased from hundreds to thousands, “it became critical to start hiring good people,” says Joe, and that’s where the performance of the Dykhuis family shone. 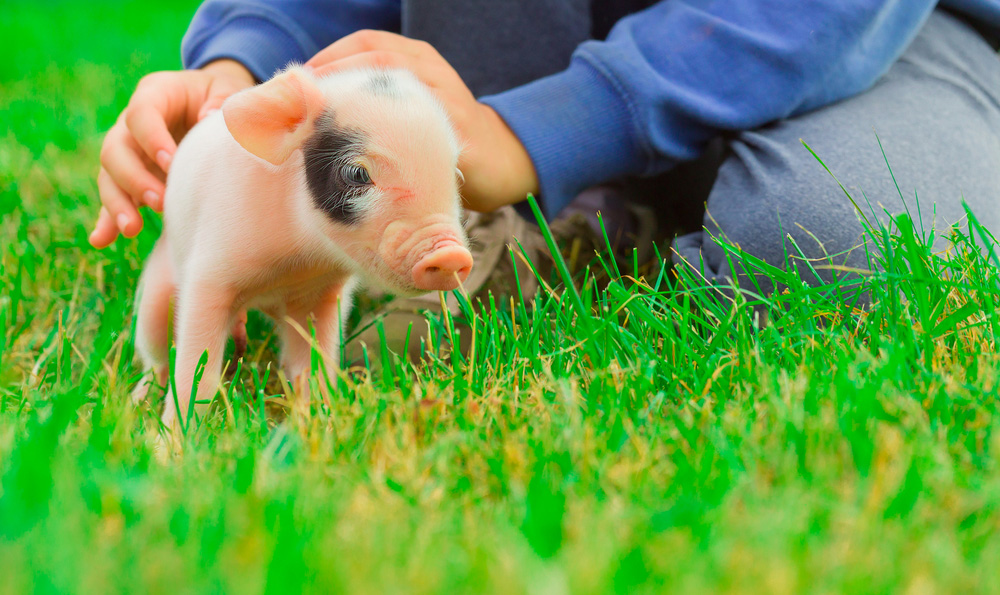 From Father to Son

As Bob Dykhuis was turning his collegiate dreams into reality, he and his wife were also raising their children, Joe and his four sisters. They grew up around the farm, and while that sometimes meant sliding down dirt mountains or helping their dad by driving construction equipment, it also earned Joe a place sitting on a board laid across a gestation stall when he didn’t play nicely with his siblings. Explains Joe, “I would have to sit up there and play with the clothes pins and markers…I spent hours of my childhood sitting up there. Great accountability! You get down, you’re gonna’ be in with the sow. Bad idea!”

A childhood spent around a farm makes for some great stories, but the family legacy didn’t end there. Joe worked the farm until he went to college, and by the time he earned his degree in 2007, Dykhuis Farms had grown to the point that Bob needed more people ready to step into a manager role while the company was still expanding. In other words, someone in charge would have to follow behind the advancement of the entire enterprise and manage its productivity.

Joe was the man for the job.

Having grown up working alongside many of the employees that were now his right-hand men, he knew there were big expectations upon his shoulders and performed accordingly. Joe helped his father manage their company and its breakneck expansion, balancing barn space with human resources to replicate Dykhuis Farms’ peak efficiency from when it was a smaller operation. “In a way, everything we’ve been focused on since that, even through today, is getting back to perfecting the craft,” Joe admits, though the business’s growth turns plenty of profit regardless. 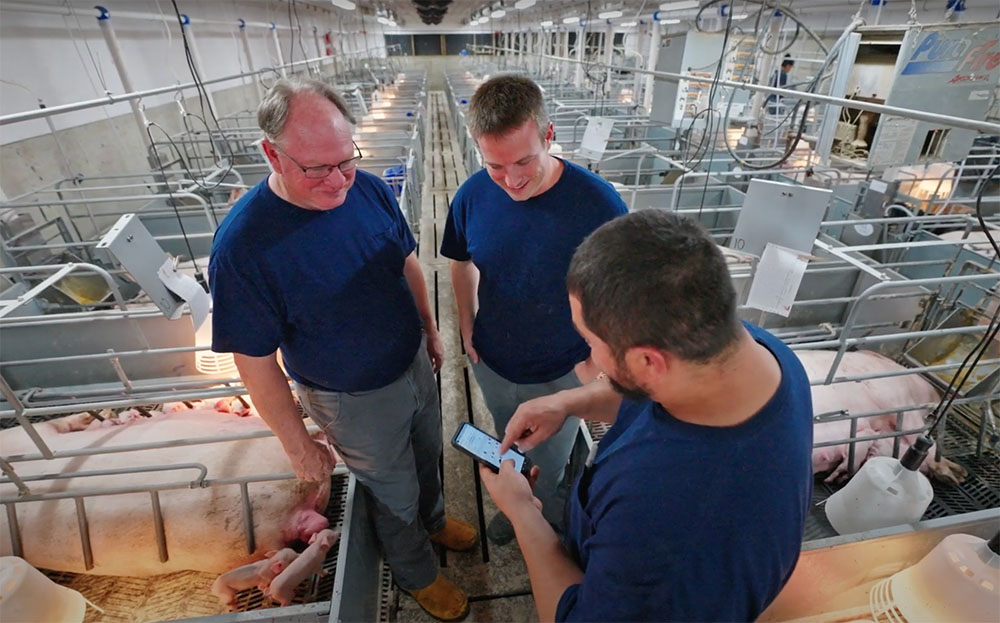 Joe has been working at that goal since then, and eventually, Bob stepped down as president to let him do so, leaving Joe in his stead. Now, Bob remains the chairman of Dykhuis Farms’ board of directors and a senior advisor in the company, but in the words of Joe, he’s “doing things that he wants to do, not things that he has to do.” Bob currently has the opportunity to devote as much of his time to research as he wants, and he takes pride in his work.

Today, Joe Dykhuis lives on the property of the original Dykhuis farm with his wife and children, and he says he “sees where we started every morning when I walk out to the tool shed to get my car.”  What started as 80 sows is now a company with 17,000 sows and 500,000 pigs. Success is a hard-won boon, but Dykhuis Farms has risen to its position in the industry with the hard work of multiple generations and their relentless pursuit of the best methods to produce the best pork possible. With farmers with dedication like this, the future of the pork industry remains as bright as ever.