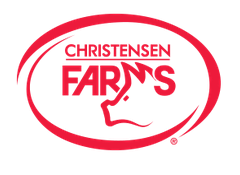 A hog farm building was destroyed after a fire Tuesday night.

Crews were called out to Christensen Farms just outside of Newman around 4 p.m.

Newman Fire Department arrived on scene first, and called for help after they saw smoke coming out of both ends of the building. Several other fire departments came to assist.

Firefighters tried opening the door to let out the hogs, but workers tried stopping them. No word as to why, but firefighters let the animals out anyways.

No one was hurt, but several hogs died.

Crews continue to work on hotspots.