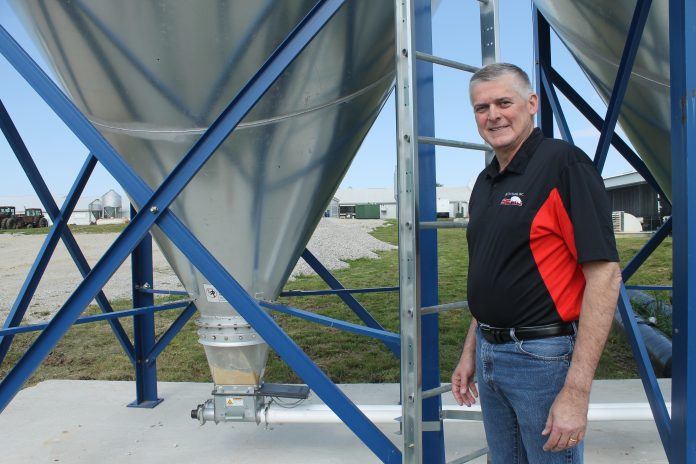 The past few years have been incredibly difficult for hog farmers like me. After more than two years of trade retaliation that limited our ability to compete effectively around the globe, the COVID pandemic unleashed unprecedented challenges for the entire food supply chain. Now, just as we are returning to normalcy, another looming disaster threatens my livelihood and the prosperity of many hog farmers like me if not quickly addressed. It will also erode industry competition by placing more market power in the hands of pork packing plant operators.

Recently, a federal court decision struck down a provision of the U.S. Department of Agriculture’s New Swine Inspection System (NSIS), which allows for pork processing facilities to operate at a faster rate. NSIS, initiated during the Clinton administration and evaluated at five pilot plants over 20 years, was approved for industry-wide adoption in 2019. Unless reversed by June 29, the federal court ruling will

result in a 2.5 percent loss in pork packing plant capacity nationwide, and $82.3 million in reduced income for hog farmers, according to Dr. Dermot Hayes, an economist with Iowa State University.

Although the court claimed USDA failed to consider worker safety concerns, there is no evidence that eliminating line speed limits poses a risk to worker safety. In fact, the evidence shows the opposite; during the 20-year NSIS pilot program, the elimination of line speed limits did not lead to injuries. According to FSIS, a comparison of worker safety data from 2002 to 2010 shows that the five plants in the NSIS pilot program had lower mean injury rates compared to 24 traditionally inspected, high-volume plants for which the agency had data.

While the court decision will affect all U.S. hog farmers, smaller producers will disproportionately bear the brunt, especially those located near affected processing facilities. I am a third-generation hog farmer from Raymond, Illinois. If the line speed is reduced at a near-by packing plant, where we ship most of our hogs, we will need to find a new home for 1,000 pigs a week and will lose $10 per head just on transportation costs alone.

Even before the pandemic, we went eighteen months without getting all our pigs in our agreements with the processing plant. Once the pandemic came, that only got worse. Consumers and farmers alike cannot afford to have less animals being processed and ultimately, less protein on the shelves.

Ironically, many lawmakers on Capitol Hill have called for an increase in federally inspected meatpacking capacity. Some have suggested bringing smaller, state packing plants up to federal inspection standards as a solution. Unfortunately, these state packing plants represent less than one percent of overall pork harvest facility capacity.

The court ruling will affect Illinois’ 2,153 pork producers and trickle down throughout the entire economy. The state’s hog production generates more than 57,000 jobs, contributing more than $13.8 billion to the state’s economy per year. All of this could be in jeopardy if this damaging court ruling stands.

If small hog farmers are forced out of business, we will see a more consolidated pork industry. This could reduce competition, drive industry consolidation, and concentrate more power in the hands of pork processors—all with the stroke of a judge’s pen. Reduced competition will have a dramatic impact on our income and our way of life.

We can avoid these damaging outcomes. We need USDA to stand up for Illinois hog farmers and producers across the country by both appealing the federal court decision and seeking a stay, halting the ruling from being enacted at the end of next month. This will help preserve our state’s highly competitive pork production system, and the significant economic benefits it provides to our communities around the country.

To learn more about this issue and hear my fellow hog farmers describe the impact the court ruling would have on their operation, visit here.