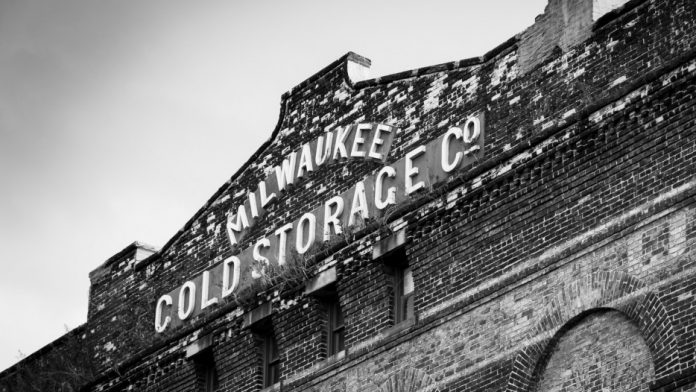 hroughout much of 2020, the COVID-19 pandemic has upended many aspects of the food supply chain, from retail disruptions as consumers emptied out meat cases, to meat processing facilities that struggled with labor, to widening spreads between the dollars farmers receive for their livestock relative to the dollars consumers spend on their meat. While some areas of the supply chain have largely adapted and adjusted to the new normal, other areas are still feeling the impacts.

All Meat and Poultry in Cold Storage

At the end of September, total cold storage stocks of meat and poultry (excluding duck) came in at 2.35 billion lbs., approximately 200 million lbs., or 7%, below a year ago. All meat and poultry aggregate categories showed year-over-year declines in volumes, but pork led the way at over 100 million lbs. below 2019. 2020 cold storage levels have tracked below 2019 since the end of May, the first month some states started reopening, prompting restaurants to buy meat at the same time animal protein production dropped due to issues at slaughter facilities. Ever since then it’s been a struggle to refill cold storage, even though slaughter has mostly recovered, and increased weights pushed production above year-ago levels. Figure 1 shows that from May through August, there was some recovery in cold storage levels, but September brought a month-over-month decline, somewhat in line with seasonal trends.

Beef and Chicken in Cold Storage

Pork is the primary driver of the overall decline of meat and poultry in cold storage. The protein posted a massive drop of nearly 150 million lbs. in May alone, with little progress made on replenishing its stores. There are several contributing factors to this. First, in the early summer, animal slaughter struggled dramatically, with the first week of May marking the low point in hog slaughter for 2020. With lower pork supplies available when restaurants were reopening in some parts of the country and consumers emptying out grocery store shelves, there was a draw down in pork in cold storage. After supply began to recover, the lack of replenishment started to hint at stronger movement through retail and export channels.

At the end of September, USDA reported 466 million lbs. of pork in cold storage, down over 130 million lbs., or 22%, from 2019. This level tells us domestic and export demand remain strong. While almost all pork in cold storage has declined, the decline is not equal across primals. Hams have seen the largest decline at 55 million lbs. below 2019, followed by other cuts (variety meats, picnics and unclassified pork) at nearly 45 million lbs. lower than last year. Butts and loins have actually increased a bit from year-ago levels.

The recent surge in pork exports is expected to continue with African Swine Fever spreading in Europe, a key supplier to pork-hungry China. In addition, the rally in pork prices – the pork cutout recently traded at around 100$/cwt – gives little incentive to put it in the freezer.

A drawdown in stocks of butter and cheese in cold storage provided some moderately bullish news. Before the onset of the pandemic, butter stocks for 2020 had been trending above 2019 levels. At the beginning of the pandemic, butter stocks rose sharply as restaurants across the country closed and have remained at elevated levels for most of the summer. This latest cold storage report showed total butter stocks at 344 million lbs., a drawdown of nearly 28 million lbs., or 7% from August. This is welcome news in the butter market as stocks remain 18% above 2019.

Cheese stocks in cold storage added to the moderately bullish news with a draw down in total cheese stocks, led by a strong monthly decline in American cheeses, and strong declines year-over-year in Swiss cheeses. There was a strong increase in stocks at the beginning of the pandemic, driven by foodservice channel closures. That increase in stocks has been steadily declining since May, as restaurants slowly reopened and USDA purchased dairy products from the markets. This most recent report shows a continued decline, with a drawdown of 18 million lbs. of all cheese from August; nearly all of that is driven by purchases of American cheeses. When looking at the data compared to 2019, with a drawdown of 5.6 million lbs., Swiss cheeses posted a 21% year-over-year decline.

USDA’s latest cold storage report shows the animal protein supply chain still struggling with the impacts of COVID-19.  At the end of September, total cold storage stocks of meat and poultry (excluding duck) came in at 2.35 billion lbs., approximately 200 million lbs., or 7%, below a year ago. All meat and poultry aggregate categories showed year-over-year declines in volumes, but pork led the way at over 100 million lbs. below 2019. Pork posted a massive drop of nearly 150 million lbs. in May alone and has struggled to replenish its stores. This has been driven by strong demand for pork, with exports surging and pork cutout values rising, making it less attractive to store pork in the freezer.