While heavier slaughter weights continue to indicate a backlog of cattle and hogs, brokers reported indication that packers may be seeing supply trim.

“All the packers were out and about buying in cash negotiation country last week,” said Scott Varilek, broker at Kooima & Kaemingk Commodities Inc. “Maybe they don’t have as many cattle around them as they’re letting on.”

“Why keep feeding them, keep losing money?” he said. “I think the weights are coming down a little bit, and guys are moving hogs a little quicker.” (Reporting by Christopher Walljasper Editing by Marguerita Choy) 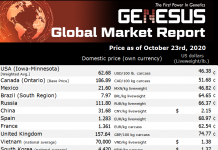 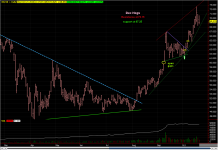