Kingsino closed at RMB6.08 on Friday, down 4.1%. Kingsino stock declined 23% since the beginning of the year, underperforming the benchmark Wind Hog Industry Index. At a market capitalization of 4.2 billion, it now ranks 30th among the 33 publicly traded hog companies in China. (US$1≈RMB6.50 yuan) 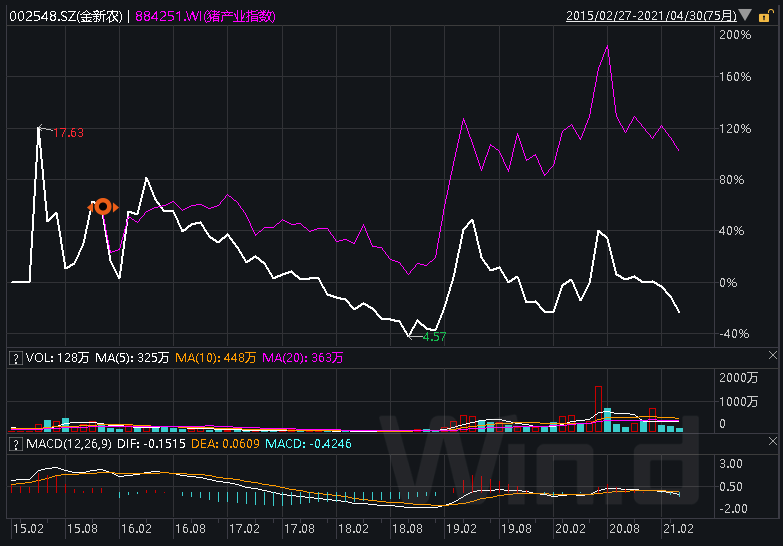 Just a few years ago, Kingsino was still an ordinary feedstuff processing company. After several years of planning, the Company entered into hog production and realized hog sales of 803,600 in 2020. Nowadays, feed plants are mainly served as an internal supply chain for its own hog farms, and for other farms where Kingsino has a minority stake. Kingsino has a 2021 hog sales target of 1.5 million. First quarter result represents 14.45% of that target.

What stole the show was its net profit, which unexpectedly dropped 72% to 13.6 million. In a separate announcement, Kingsino attributed this to the large loss incurred in hog futures hedging operations.

Kingsino is the first listed Chinese hog firm to reveal actual result from futures hedging operations. In a statement, the Company announced that its futures trading loss was estimated at RMB 130,994,400 (≈$201.5 million) as of March 31. About RMB 100 million of this was realized loss. It has unrealized loss of 30.8 million on open position, although the Company did not disclose the size of its trading.

A hog producer usually establish short position to hedge hog price risk, which affects its revenue. Kingsino is also a feed producer and may trade the grain/oilseed market both ways to hedge purchasing, inventory and sales. The Company attributed the huge loss to unexpected rise in hog futures price, and the hog basis (=cash price-futures price), changing unexpectedly, from positive to negative.

Frankly, I am not buying that explanation. In my opinion, the root causes of the downfall are the lack of experience with its new Management. Kingsino is now owned and run by an investment consortium. Besides Kingsino, it also owns two dozen unrelated companies and is very speculative and short-term oriented in nature, based on my observation.

Kingsino was founded by Dr. Chen Junhai in 1999. Dr. Chen is a veteran in China’s feed industry and holds a PhD in Animal Nutrition from China Agriculture University. On February 18, 2011, Kingsino went public at the Shenzhen Stock Exchange. Its stock price peaked in May 2015 at nearly 23 yuan, valuing Kingsino at over RMB 10 billion.

During China’s stock market crash in 2015-2016, Kingsino stock lost 2/3 of its value. In order to pop up the stock price, Dr. Chen secured a billions-yuan loan to buy up Kingsino shares in the open market. He pledged his own equities as a collateral for the loan. However, the downturn was longer and deeper than expected. As Kingsino stock continued to fall and broke the strike price established by the borrowing agreement, a large portion of Dr. Chen’s shares were liquidated. An investment consortium based in Guangdong Province bought the shares and became the controlling shareholder of Kingsino.

After a three-year transition period, Dr. Chen left his position as Chairman. The entire Management Team was replaced by appointees from the consortium.

Kingsino is not a stranger to the futures market. It has utilized DCE and CBOT grain and oilseed contracts to hedge feed cost for years. However, the experienced managers had been forced out. Futures hedging operations are now headed by decision makers with no knowledge of financial derivatives.

Kingsino was one of my largest clients. In 2017-2019, Kingsino outsourced its futures hedging operations to my company, China-America Commodity Data Analytics, Inc. (CACDA), under a special consulting arrangement. As I am bounced by the confidentiality clause, there will be no discussion of business inside information at here now or elsewhere in the future. 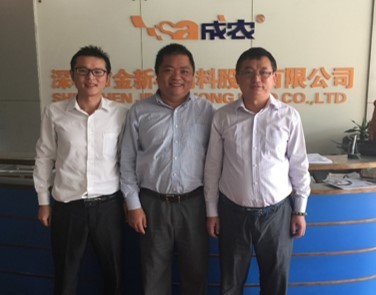 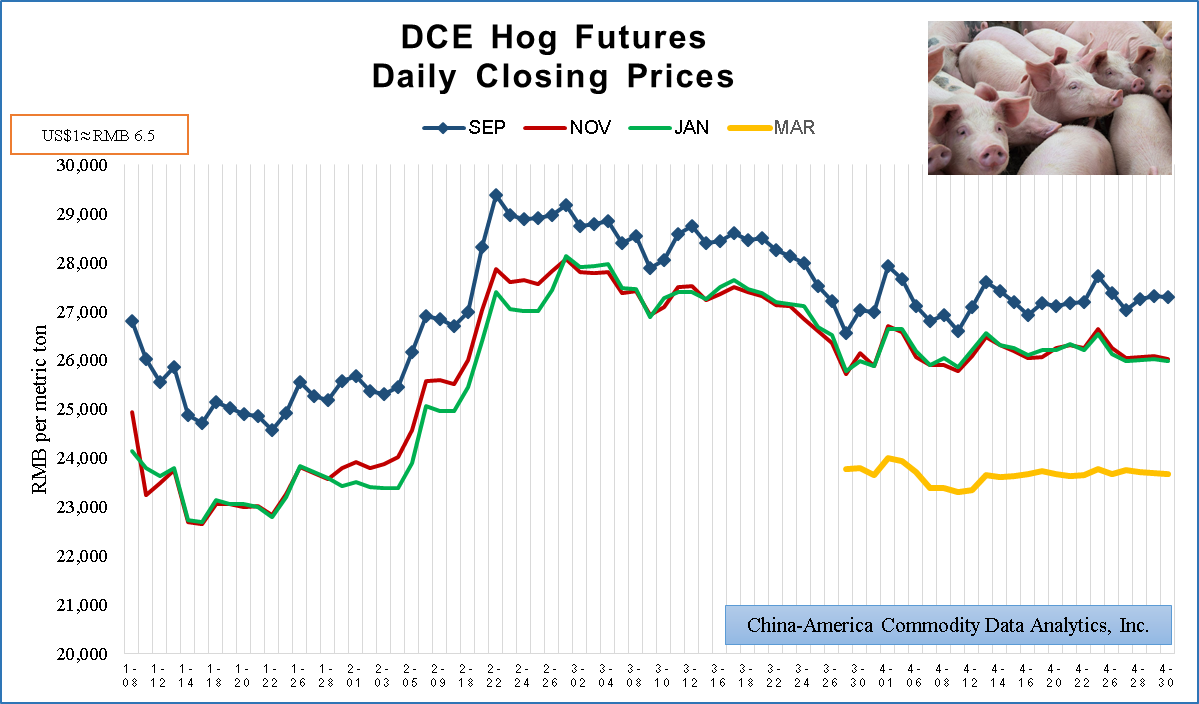 China’s cash hog price averages RMB 22.3 per kilogram today, on Wednesday, down 37% from January 1st and down 31% from a year ago, according to price data monitored by China-America Commodity Data Analytics. (Notes: US$1≈6.5 yuan).

[Declaimer: The material contained in this writing is for your information only, and may not be viewed as a recommendation to buy or sell securities. As of April 30, 2021, the author does not have beneficial ownership of any stock or derivatives discussed in this writing.]

About the author: Jim W. Huang, CFA is a veteran of financial futures markets and consultant to a number of leading Futures and Crypto Exchanges. He is instrumental in the successful launch of China’s DCE Egg Futures (2013), DCE Soybean Meal Options (2017) and DCE Live Hog Futures (2021). Jim is a leading voice on China’s livestock and poultry markets, and frequently quoted by Bloomberg, Reuters and the Wall Street Journal. From 2001 to 2011, Jim was an Associate Director of Product Strategy at CME Group, the world’s largest Financial Exchange holding company. Jim received an MBA from Chicago Booth and studied under Nobel Laureate Eugene Fama in an empirical research paper of futures market liquidity. You may contact Jim by email at jimwenhuang@gmail.com.

If you would like to receive China Hog Market Weekly Commentary directly, please send an email request to the author with your email address.