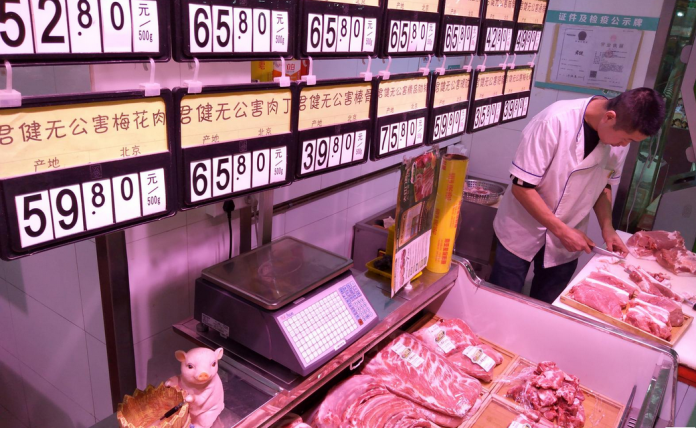 The country’s first live-animal physical-delivery contract has been planned for a decade, and is expected to be popular with domestic traders on the Dalian Commodity Exchange (DCE).

But complex delivery logistics, tight quality-control standards, a local lack of experience with futures contracts and a retail trading community that has wildly distorted other markets will be key challenges.

China typically slaughters about 700 million pigs annually and produces more than 50 million tonnes of pork – about half of global output. Hog and pork producers have traditionally relied on contracts that define volume and delivery requirements, but have little control over or insight into costs, especially in future months. 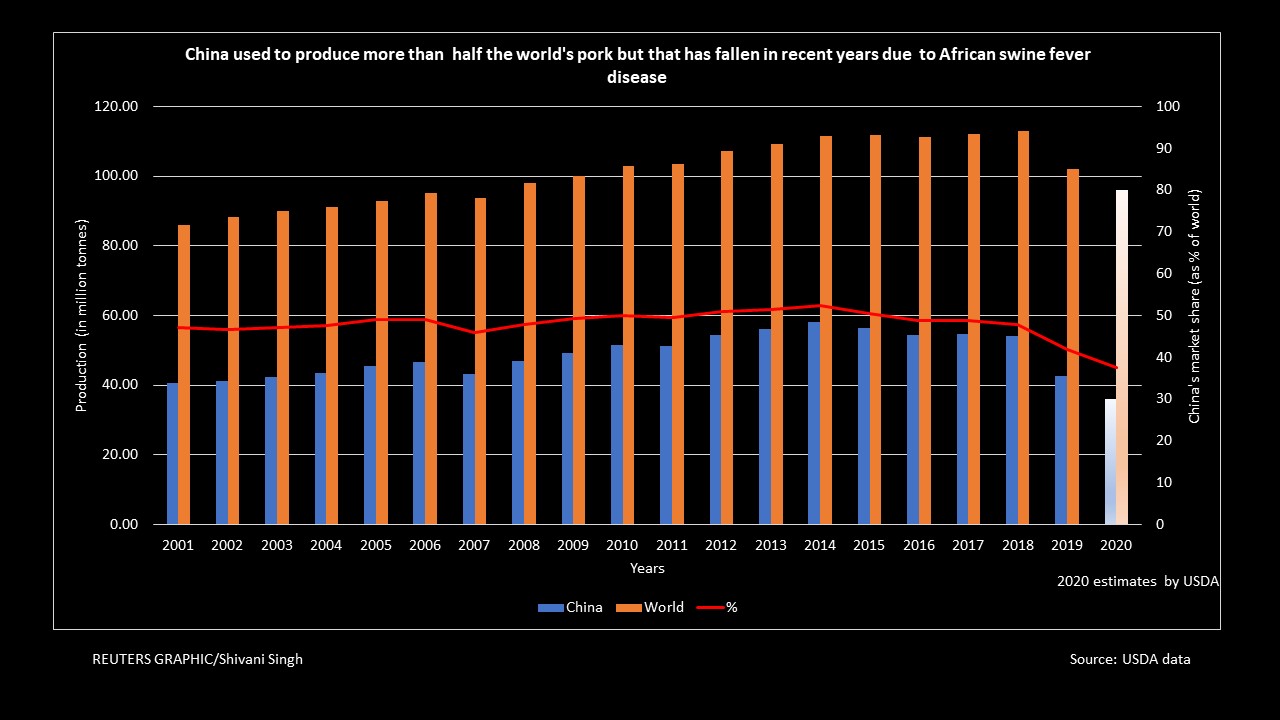 That lack of cost control was made clear by the country’s widespread outbreaks of African swine fever, which since 2018 have nearly halved the pig herd and disrupted hog and pork supplies throughout the country.

Producers are now rebuilding the herd, which stands at 339.96 million head as of end-June, but average pork prices remain near record highs, making the launch of a transparent pricing and hedging tool a welcome development. 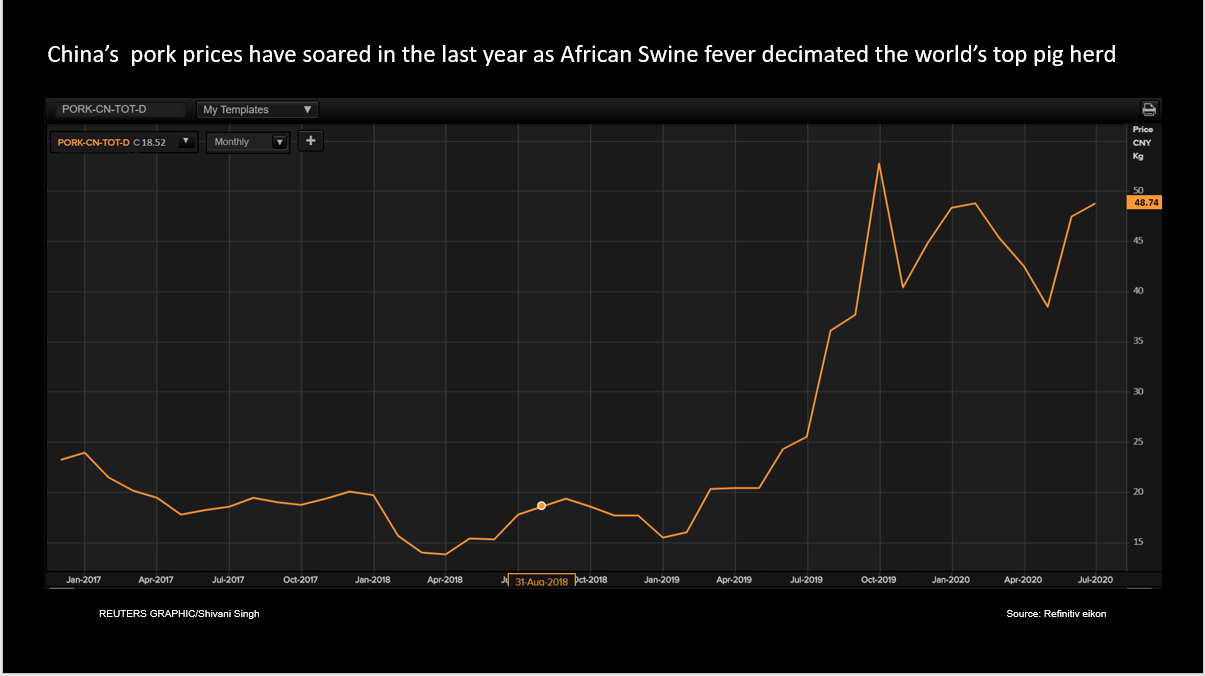 “The hogs industry is huge, but not strong. When prices go up everybody does well, but when it goes down everybody suffers. This isn’t healthy. You can’t keep up with this forever,” said Jim Huang, chief executive at China-America Commodity Data Analytics, adding the industry “badly needed” this contract.

Regulators approved live hog futures in April, and that market is expected to be worth around 20-30 trillion yuan ($4.29 trillion), two analysts estimate, making it one of China’s largest commodities futures products.

A launch date hasn’t been announced.

At 16 tonnes per lot, according to DCE’s draft specifications, the live hog contract size will be 110 to 140 live pigs. That will limit delivery to large-scale producers like Muyuan Foods (002714.SZ) and New Hope Liuhe (000876.SZ).

The contract is in line with the normal trade size of China’s domestic spot market, a DCE representative said in written replies to Reuters, adding that it can meet the hedging demands of most live hog breeders, traders, and upstream and downstream enterprises.

Hedgers are expected to mainly be large-scale producers with standardized hog breeds, and slaughterhouses that buy live hogs and sell meat, making them more exposed to price risks. Small farmers raising mixed breeds are not likely to have the scale needed to hedge.

The contract’s large size will also limit the participation of China’s army of retail speculators, who have dominated positions in other futures contracts.

Delivery warehouses will most likely be in key producing provinces like Henan, Shandong, Hubei, Anhui and Jiangsu, said three sources familiar with the plans, who declined to be named as they were not authorised to speak with the media.

“It is something quite new, we will use it but not large scale at first,” said a manager with a large hog producer, who declined to be named as he was not allowed to speak to the media.

The DCE representative said the exchange has began inspecting and simulating delivery for selected warehouses, and that many large-scale hog producers have submitted applications for delivery warehouses.

“They are price driven by the hog market and will easily transfer volumes there,” Huang said.

The DCE representative also said they had received “positive responses” regarding the contract from industry players including producers, feedstock and slaughtering enterprises.

Traders say contract volatility poses a risk as pork prices are a measure of inflation in China. 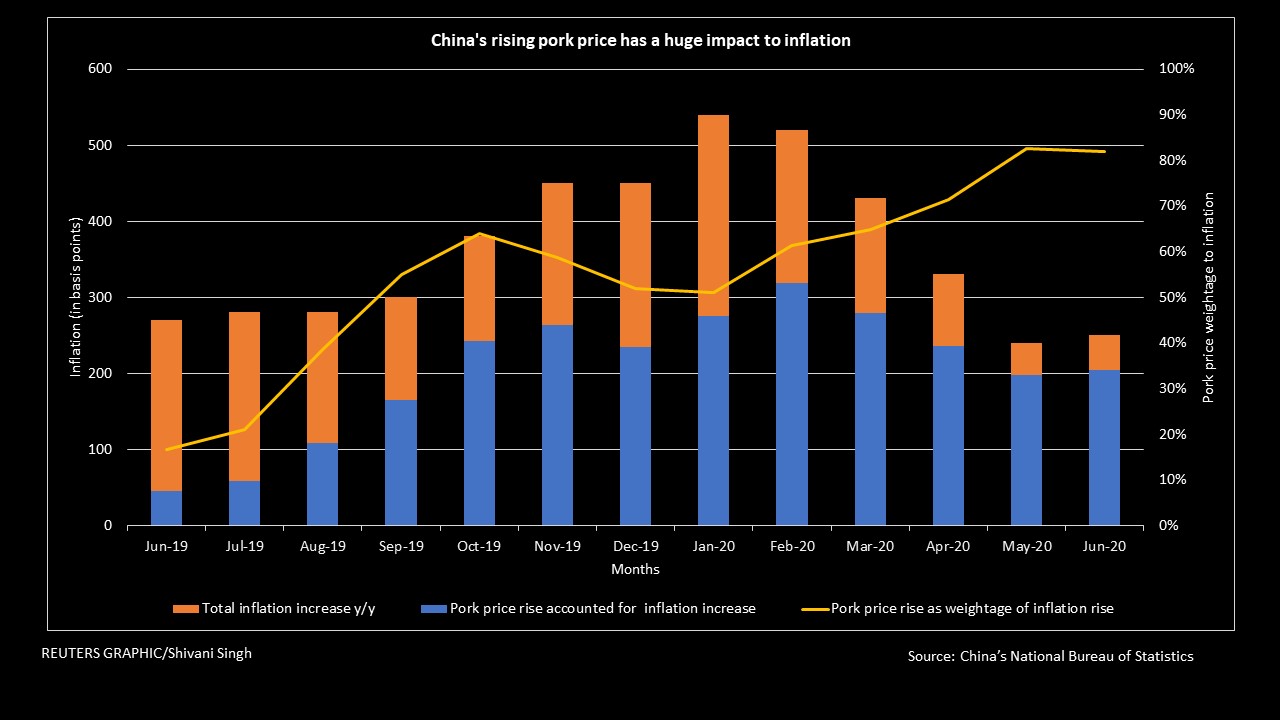 Limited understanding of futures trading in the industry is another obstacle, although the DCE representative said the exchange had conducted training courses on live hog futures.

“In the early stage of listing, extensive training for futures knowledge should be carried out,” said Li Moyu, an Orient Futures analyst. “This is to avoid a lack of industry participation, (where there’s) only speculative capital, divorced from fundamentals.”