The rise in feed costs comes at a bad time for China’s farmers, many of whom are struggling with losses and weak margins due to low prices for hogs in particular.

At least half the soybean crushing plants in northern and northeastern China have been shut since last week and will stay closed until at least after the National Day holiday on Oct 1, a plant manager and a feed purchase manager told Reuters, on condition of anonymity as they were not authorised to speak to media.

Crushers turn soybeans into soymeal, a critical protein in feed for pigs, chickens and fish.

The volume of soybeans crushed nationwide this month fell by 9.4% from August to 7.68 million tonnes, said consultancy MySteel in a report on Thursday.

Soymeal prices in Tianjin, a major northern production hub, jumped by 220 yuan ($34) to 3,800 yuan per tonne in the last week, though prices have edged down slightly ahead of the National Day holiday.

“Right now, pig farmers are being squeezed on each end. The price for hogs is incredibly low and demand is weak, at the same time the price for soybean meal and feed is rising,” said Darin Friedrichs, senior Asia commodity analyst at StoneX.

Feed prices are already 10% up from a year ago, according to the Ministry of Agriculture and Rural Affairs, while live hog prices are at their lowest in more than two years.

Pig farmers lost more than 500 yuan per hog last month, the ministry said, and margins have dropped further since.

Power generators were forced to limit supply to end users including oilseed crushers across large swathes of China because of tight coal supplies and soaring prices.

The electricity curbs have hurt production across a range of sectors, prompting many analysts to downgrade the outlook for growth in the world’s second-largest economy. read more

With so many plants closed, feed makers who combine the soymeal with corn and other ingredients have rushed to source supplies, pushing up prices.

Feed mills may have limited room to put up prices however, with many already facing declining sales volumes and struggling to get paid, said a manager at a manufacturer of piglet feed.

“We don’t want to kill our customers. We’ll wait until after the holiday to decide,” he said.

A fish feed producer in eastern China’s Jiangsu province said his plant had been forced to suspend operations last Monday, and was losing 2 million yuan per day in sales at a crucial time.

“This is the key period for fish farming – it is the last month for fattening them. If you don’t feed the fish in the next month, they might die, and all the work done previously will go wasted,” he said.

Fish prices have already jumped 50% from a year ago because of lower supplies and stronger demand. read more

Some farmers are so desperate they are feeding unprocessed soymeal to their fish, added the Jiangsu feed maker, which would not be good for the fish or the water.

Use of Byproducts Lower Feed Costs and Reduce Carbon Footprint 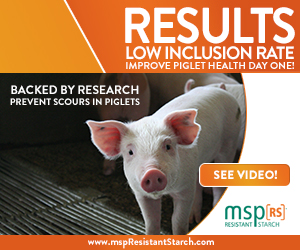