[Greene County IL, Jan 24] – China’s Hog Futures ended the second week of trading with little changes. The front month September contract LH2109 closed Friday at 24,565, down 1.2% from Thursday but only 0.6% lower from the previous Friday. November contract down 0.7% daily but up 0.8% weekly. Changes on January contract were -0.9% and +0.5%, from prior day and prior week, respectively. (Note: DCE hog futures price unit is RMB yuan per metric ton, US$1≈6.5 yuan.) 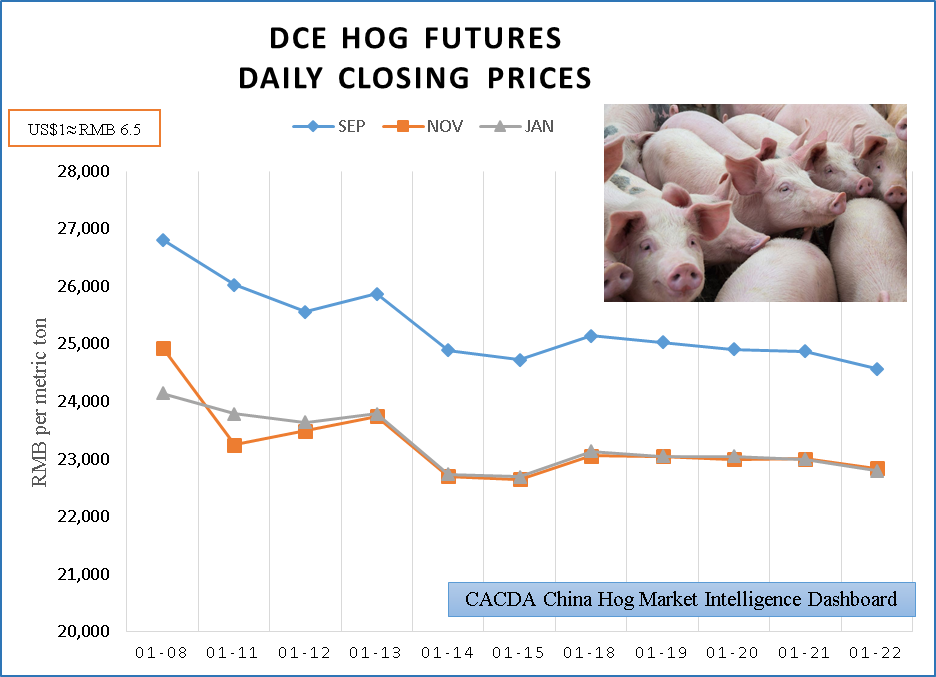 This was a walk in the park comparing to the brutal Week One, where the three contracts all went down 20% or more from their listed prices on debut.

The big news of the week came from Muyuan Foods. On January 19, China’s largest hog producer announces that its Board approved funding of RMB 700 million (≈US$108M) in futures hedging operations. This marks a major inroad by commercial interest in China’s newly launched hog futures.

Let’s take a seat back to comprehend the significance of this announcement.

On Friday January 22, the three DCE hog contracts traded a total of 8,615 lots, with combined open interest standing at 21,617. Using an average price of RMB 24,000 per metric tons and considering 16 tons per contract, notional value of the day comes to RMB 3.3 billion.

As a hedger, Muyuan would be required to post 8% margins with DCE based on contract notional of Hog futures, or RMB 30,720 per contract traded. Theoretically speaking, if Muyuan were to commit 100% of its fund in DCE hog futures, it could trade and hold positions for 22,786 contracts. This amounts to 2.6 times of the Exchange total volume for Hog Futures and 1.05 times of its total open interest on Friday.

Of course, Muyuan is highly unlikely to take up all the fund in trading at once. To hedge feed ingredient cost, it would also trade corn, soybean meals and other grains and oilseeds contracts. But it will definitely be a game changer when China’s big hog firms enter the futures market one by one. According to my conversation with Muyuan’s Director of Futures, the company has not yet started trading hog futures. Its futures department was only set up last year after DCE announced the hog contract. Other big hog firms are either in similar situation or just trying out with small lots so far.

Based in Henan Province in central China, Muyuan Foods is the largest hog producer in China. Annual production was 18.1 million hogs in 2020, according to data released by the Company on January 3rd. This was a huge jump of 77% from 2019 production level, after it suffered a 7% drop the year before due to the deadly African Swine Fever pandemic which wiped out as much as two thirds of China’s hog herds. 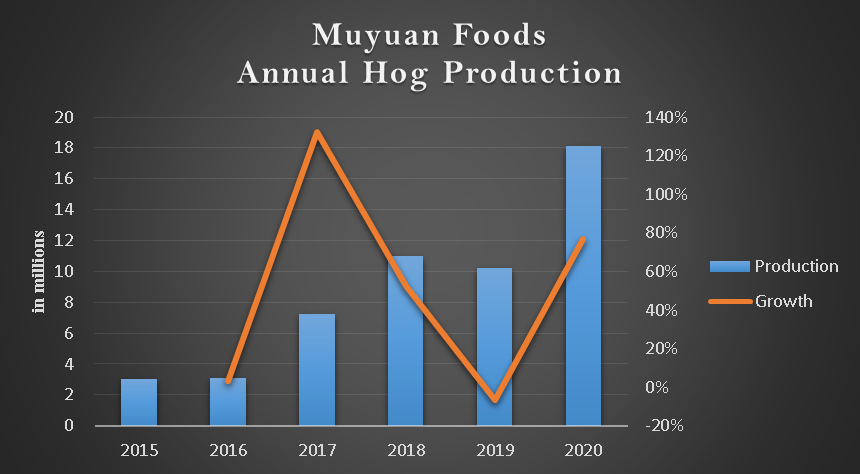 Hog production is not only a big business, but also a red hot sector in China’s stock market. At Friday’s closing price of 81.99, Muyuan Foods (stock symbol 002714) is valued at RMB 308 billion, or US$47.4 billion. Mr. Qin Yingnian, the Company’s founder, Chairman and CEO, is among the Top-10 wealthiest families in China with a personal net worth estimated at US$30 billion. Mr. Qin founded Muyuan with his wife, Qian Ying, at age 27 in 1992, with 22 pigs. 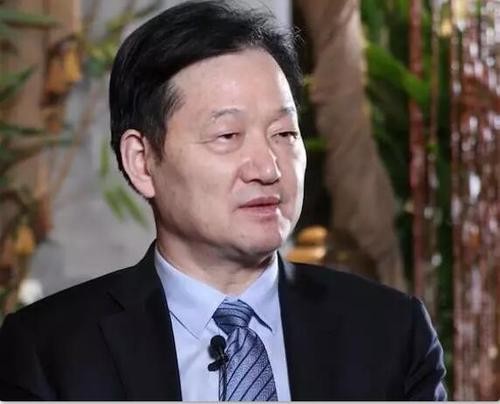 The fortune of Muyuan, as well as that of Mr. Qin, rises and falls in lockstep with China’s hog price. On 18 days ahead of Chinese New Year (falling on Feb. 12 for the Year of the Bull), wholesale live hog price is near record high at approximately US$2.7 per kilogram. The key long-term price driver is the infamous “Hog Price Cycle”. ASF pandemic and the US-China trade war also introduced shocks into the market as they altered pork supply and demand. As a public company, Muyuan has a legitimate need to hedge the roller-coaster ride of its revenue and profit.

At US$47.4 billion, Muyuan is currently valued at 2.4 times bigger than Tyson Foods by market capitalization. On Friday, Tyson (TSN) closed at $66.52, and its market cap is $19.61. Unlike Tyson, who is also the biggest US producer of chicken and beef, Muyuan derives 99% of its revenue from hogs.

Is 700 million enough to fully hedge Muyuan’s huge hog production? Not quite. Its 18.1 million hogs translate into 140,625 DCE futures contracts, assuming 8 hogs per ton in bodyweight. Based on my estimate, to continuously hold three-month worth of outputs and roll contracts monthly, Muyuan needs to fund 35,156 contracts. At account fund utilization of 60%, at Friday’s settlement price, Muyuan will need to have 1.8 billion in its trading account.

The shortfall is even bigger in the future, as Muyuan has an ambitious goal to raise annual production to 100 million hog in five years.

About the author: Jim W. Huang (CFA) is chief executive of China-America Commodity Data Analytics, Inc., an independent agricultural commodity market consultancy and publisher of China Hog Market Intelligence Dashboard. Mr. Huang is a leading voice on China’s livestock and poultry markets, and is frequently quoted by Bloomberg, Reuters and the Wall Street Journal. Prior to starting CACDA in 2012, he was an Associate Director of Product Strategy at CME Group, the world’s largest derivative Exchange holding company. You may contact the author by email at jimwenhuang@gmail.com.