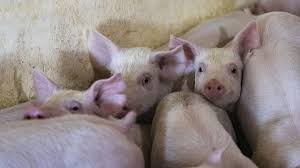 Cherry County commissioners have cleared the way for a controversial hog confinement facility near Valentine.

The County Board voted 3-0 Tuesday to grant a conditional use permit to Danielski Farms for the project’s first phase, a county resident who attended the meeting told The Telegraph.

Many people attended the commissioners’ regular monthly meeting and spoke against the proposal, the resident said.

The hog confinement will be built one-half mile east of German Settlement Road, about 16 miles west of Valentine and three miles south of U.S. Highway 20.

Members of the county’s Planning Commission voted 5-3 Jan. 12 to recommend the conditional use permit, which was required because the confinement will exceed the county’s limit of 2,000 animal units per square mile.

The panel’s endorsement included several conditions, including that Danielski Farms must show the large number of animals will not expose other properties to “unreasonable levels of odor for unreasonable duration periods.”

The farm also must build monitoring wells at its expense at sites identified by federal and Middle Niobrara Natural Resources District officials, the Planning Commission said.

County Board members held a public hearing on the permit Feb. 11 before setting a final vote for Tuesday’s meeting.