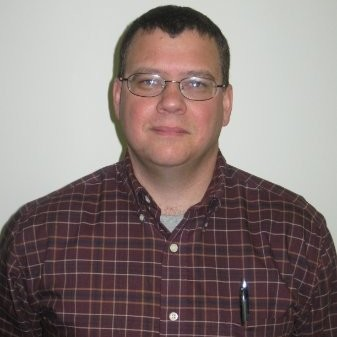 Continuously challenging accepted norms is often the instigation of new technologies. For example, the most accepted method of feeding nursery pigs is to offer a three-, four- or five-phase feeding regimen. However, Hubbard POWERSTART® Solo nursery feed has successfully challenged that norm with a two-phase feeding program that provides the optimal level of nutrient complexity to assist young pigs as they transition to dry feed at weaning and continues to provide the proper formulation as they age. Nurseries that use POWERSTART Solo have seen equal or greater performance compared to traditional feeding programs, fewer scours in pigs and a smoother transition.

The energy level of soybean meal is another industry standard now receiving more attention. A recent study from Kansas State University (Holen et al., 2021) reported that soybean meal provides significantly more energy than reported by the most recent guidance from the National Resource Council NRC. This evidence was corroborated by the University of Illinois (Lee et al., 2022). In fact, Hubbard swine research has published solid evidence to support this shift in thinking as well (Cemin et al., 2022). While none of these authors can unequivocally pinpoint what changed, the fact is that it has changed, and knowing and accepting the change can be critical for diet formulation optimization.

What is the therapeutic value of zinc oxide?

Therapeutic fortification of zinc oxide in the post-weaning period is another tried-and-true technology. To interpret what therapeutic means, consider the basal zinc requirement as 100 ppm when supplied in the highest bioavailable form. Alltech supplies these highly bioavailable organic minerals as Bioplex®. An additional 2,900 ppm of inorganic zinc oxide is added to the basal level. These levels are then often reduced to an additional 1,400 to 1,900 ppm in phases 2 and 3, representing a 14 to 29 times increase over the basal fortification. This has resulted in a dramatic increase in feed intake and growth rate and a reduction in mortality and antibiotic use.

The European Union has implemented a zinc oxide ban on therapeutic levels of the compound. Canada and other countries have also placed significant restrictions on the level of zinc that can be fortified in any diet at any stage. China limits zinc oxide to a maximum of 1,600 ppm. These regulations have been passed to prevent heavy metal accumulation in the soil and reduce antibiotic resistance. It could be argued that these regulations may have been passed without a full understanding of the science and requirements of zinc nutrition in the lifecycle of pigs. For example, the total wean-to-finish zinc fed could be significantly less than the “regulated” levels, even if therapeutic levels of zinc were fed for 21 days, if followed by sub-NRC fortification of Bioplex Zinc for the remainder of the grow-out cycle.

Swine research at Hubbard Feeds, as part of global Alltech research and development, has reevaluated dietary zinc and the significance of therapeutic zinc oxide in post-weaning nursery pig nutrition. Our data indicates that when a production system imparts health and biosecurity measures to provide and promote optimal gut health of the breeding herd and nursing piglet, along with a scientifically formulated and balanced diet to maintain and promote optimal gut health post-weaning, the value of therapeutic zinc oxide may be less than expected. In fact, data from two trials with 76 replications involving 6,596 pigs would indicate that pigs removed off-test due to illness or fall-behinds was more than double when pigs were fed diets supplemented with 3,000 ppm zinc oxide vs. basal fortification. In addition, the growth advantage of pigs fed 3,000 ppm zinc oxide for 21 days post-weaning was nearly negated by the end of nursery closeout. To make matters even more interesting, pigs fed diets fortified with 800 ppm Alltech Actigen®, which supports immune defense, gut function and development, in addition to 3,000 ppm zinc exhibited increased intake and growth rates with removal rates as low as those pigs fed the basal 100 ppm.

Who says that researching a subject that is over 30 years old and might be one of the most studied topics is boring or useless?  Our objective is to reconfirm the value of the technology and, like the energy value of soybean meal, use the most current information to benefit swine nutrition and our industry.