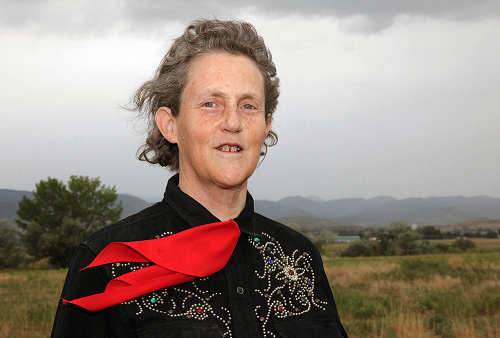 Carbon dioxide stunning is used for stunning pigs in many countries. There have been welfare concerns about CO2 because it is a pungent gas which is irritating to the respiratory tract (Gregory, 1994). One research lab reports that CO2 is aversive to pigs (Raj et al, 1999). Another research team states that it is not aversive (Jong et al, 2000).

Stress caused by forcing pigs to move through a single file race could be eliminated by stunning groups of pigs in CO2 gas. Barton Gade et al. (1993) has developed a low stress driving and lairage system for moving groups of five pigs onto an elevator which descends into CO2 gas. An entire system approach should be used for evaluating CO2 stunning. Some discomfort during the induction of anesthesia may be a small price to pay for great reductions in handling stress, but if the pigs violently attempt to escape when they first inhale the gas, this is not acceptable. The group handling systems that are now available really improve pig handling. These systems make it possible to totally eliminate electric prod use to move pigs into the CO2 chamber because the single file race is now eliminated. When new CO2 systems are installed, it is strongly recommended to purchase group systems, where a group of pigs are moved from a small pen into an elevator (gondola) which lowers them into the CO2.

Assessing the reaction of Pigs to CO2 or Other Gasses

Both captive bolt and electrical stunning induce instantaneous unconsciousness. When CO2 or other controlled atmosphere methods are used, 20 or more seconds may be required before the pigs have loss of posture (LOP) (Velarde et al., 2007). From an animal welfare standpoint, the most important part of the process is the induction phase before the pigs fall over and lose the ability to stand. The pigs will be unconscious either at the time of LOP or 2-10 seconds after LOP (Verhoeven et al., 2016a). Convulsions, kicking, and squealing that occur after LOP are less of a welfare concern.

Even though there is a possibility of some awareness after LOP, this measure is still useful for preventing the worst problems. Commercial abattoirs need assessment tools they can easily use. It is also possible that the pigs were in the transition zone between full consciousness and brain death in the Verhoeven et al. (2016) study. Verhoeven et al (2015) states “The exact moment when unconsciousness sets in, based on EEG, is difficult to determine as change is often gradual.” Benson et al. (2012) determined that chickens became unconscious when they fell over and lost posture. Why is Verhoeven et al. (2016) reporting differnt results in pigs? This may be due to differences in the methods used to evaluate the EEG. Benson et al. (2012) used medical software that assessed the alpha delta wave ratio and Verhoeven et al. (2016) used a more subjective visual appraisal method of the EEG patterns. When LOP occurs, it is the first step of becoming unconscious (Terlouw et al., 2016ab).

Another issue that has to be examined when assessing reactions to CO2 or other controlled atmosphere stunning is the condition of the lungs. In commercial market weight pigs, observations by people working in the industry indicate that 7% to 8% may have severe lung lesions.

Animal welfare concerns about pig welfage during CO2 stunning are increasing. On June 17, 2020, EFSA (European Food Safety Authority) published a report on the welfare of pigs at slaughter. A panel of scientists concluded “Exposure to CO2 at high concentrations (defined in their opinion as higher than 80% by volume) is considered a serious welfare concern because it is highly aversive and causes pain, fear, and respiratory distress.” The EFSA panel on Animal Health and Welfare (AHAW) recommends replacing CO2 with other gas mixtures that are less aversive.

Recent research by Terlouw et al (2021) in France indicated that alternatives to CO2, such as added oxygen or nitrous oxide are also aversive. Australian researches looked at the responses to CO2 in five pork abattoirs. They found that there was a big variation on how pigs reacted to CO2. The percentage of animals that attempted to escape from the gondola was affected by both farm of origin and the abattoir. When pigs attempt to escape from the gondola, their welfare is severly compromised. In the next section of the document, I have stated that genetic selection may solve the problem of aversiveness of CO2. Jongman et al (2020) reported that reactions were highly variable.

LAPS (Low Atmospheric Pressure Stunning) is effective for poultry. The animal welfare community was hoping that it could be used as a more humane alternative for pigs. Dorothy McKeegan at the University of Glasgow did a large study on LAPS for pigs. She published a paper titled “LAPS in pigs is not a humane alternative to Carbon Dioxide” in the December 2020 issue of The Meat Hygenist. The study was fundedd by Defra (UK Government) and The Humane Slaughter Association. LAPS absolutely does not work. “The majority of the pigs had ruptured ear drums.” They also had prolonged behaviors that indicated that they were in pain. At this time a complete scientific report has not been publised in the scienctific literature. The author has learned that changing the air withdrawal speed also does not work (McKeegan 2020, personal communication).

In early 2021, a review of all the carbon dioxide scientific research published since 2004 was published by Sindhaj et al (2021). Before release of the McKeegan results, they were concerned about the possibility of LAPS causing physiological pain.

It is my opinion that genomic sequencing studies shold be conducted to determine the genetic differences in pigs that remain calm in CO2 compared to pigs that have escape reactions. From my own experience, I have observed huge differences on how pigs react to CO2. For certain genetic lines of pigs, CO2 is highly aversive. Selective breeding may be a solution to reducng pig welfare concerns during CO2 stunning.

It is important to remember that different species of animals have different reactions. In poultry, a stunning system where CO2 concentrations are slowly increased from low to high is definitely a humane alternative to hanging birds on the line for electrical stunning.

To assess the pig’s reaction in large commercial CO2 machines will require the use of video cameras installed in the pit. In the large machine, the gondolas travel through the CO2 on a continuous conveyor, which is like a skinny Ferris wheel. Viewing he pigs when they reach the bottom of the deep pit is impossible because the next gondola blocks the view. In small deep lift machines that have a single gondola, that goes up and down like an elevator (lift), it is possible to see the pigs through the entire process. Poultry systems are easier to evaluate through either windows or video cameras because all the equipment is in cabinets that are mounted on top of the abattoir floor.

Researchers have found that there is an excitation phase that occurs before the loss of consciousness (Hoenderken, 1978, 1983 and Rodrigues et al., 2008). Loss of posture or escape movements could not be assessed in Rodrigues et al (2008) because the pigs were held in a net sling. It is the author’s opinion that some discomfort, such as heaad shaking or gasping, may be an acceptable tradeoff to achieve low stress handling with no electric prods. It is also the author’s opinion that when escape attempts occur, the pig’s welfare is not acceptable. An escape attempt is scored if a pig attempts escape from the gondola or other container. After it is lowered into the gas, Verhoeven et al. (2016a) observed signs of pig aversion to CO2 but 0% attempted to escape.

A possible best way to improve animal welfare during induction of CO2 anesthesia is genetic selection. Dodman (1977) reported that the reaction of pigs to CO2 was high variable. Forslid (1987) used EEG to determine that in purebred Yorkshire pigs, the excitation phase occurred after loss of consciousness. Unfortunately, he never tested any other breeds of pigs.

Grandin (1988) observed pigs in small CO2 machines where their reactions can be viewed. The observations were conducted before the large breeding companies had introduced large numbers of hybrid pigs. It would have been a genetically diverse population.

The pigs were a mixture of breeds and color. Some pigs struggled violently and others had a calm induction. The pigs were definitely having a reaction to the gas. The initial movement of the gondola had no effect on the pig’s behavior. Grandin (1988) concluded that genetic factors may have had an effect on the pig’s reaction. Pigs that were white and had Yorkshire breed characteristics had a calmer induction than pigs which were black with a white belt, which is characteristic of the Hampshire breed. The next study by Troeger and Wolsterdorf (1991) indicated that pigs with the Halothane stress gene had a worse reaction during induction. Velarde et al. (2007) were the first researchers to test pigs with a known halothane genotype. They evaluated Duroc x Yorkshire pigs that were homozygous Halothane stress gene free and carriers (heterozygotes) Pictrain x Large White pigs. A concentration of 70 to 90% CO2 was used, which is low compared to properly operated commercial units. The carrier pigs had 67& that attempted to escape from the gondola and the pigs that were completely free of the stress gene had 46% of the animals attempting to escape (Velarde et al., 2007). In Yorkshire x Landrace pigs, being shocked by an electric prod was more aversive than CO2 (Jongman et al., 2000).

The author’s own observation of pigs being induced into CO2 have ranged from a very peaceful induction in Danish homozygous stress gene free pigs to the most vigorous escape attempts in another abattoir. These pigs likely carried the stress gene and were handled poorly with lots of electric prods. The Danish observations were made in a special research machine where a group of pigs entered the CO2 very quietly. There was sufficient space for the pigs to walkaround. A few pigs sniffed the CO2 and backed up. After LOP, the violent reaction occurred. The chamber had a concentration of 90% CO2. Patricia Barton, a researcher at the Danish Meat Research Institute always maintained that it is really important to have a calm pig entering the CO2 gondola.

More recent observations, in 2018, of U.S. Commercial hybred pigs indicated that 20% to 30% had a calm induction before loss of posture. Eleven percent had a definate escape reaction. The pigs were stunned with 90% CO2 in a Butina machine with group handling. Determining the exact numbers of calm inductions was difficult due to the gondola being loaded to the standard commercial capactiy. All the pigs were quietly moved into the gondola and electric prods were used on none of the pigs.

Operations Problems with CO2 That can Compromise Animal Welfare

Controlled atmosphere systems (CAS) are expensive to buy and maintain but require less oversight by management during day-to-day operations compared to electrical stunning. When CAS is working properly, problems with pigs or poultry regaining consciousness can almost be eliminated. Electrical stunning is economical to buy and much cheaper to operate than CAS. To prevent pigs from regaining consciousness, electric stunning requires a lot more attention to details of procedure such as electrode (tong) positioning and wetting the animals. Another disadvantage of electrical stunning is training people how to correctly evaluate unconsciousness is more difficult compared to CO2. Pigs stunned in a large CO2 machine with a long exposure time results in floppy pigs with all reflexes eliminated. The floppy carcasses are both easier and safer for the person who does the bleeding.

Jongman, E.C., Barnett, J.L and Hemsworth, P.H. (2000) The aversiveness of carbon dioxide stunning in pigs and a comparison of CO2 rate vs. the V restrainer. Applied Animal Behaviour Science 67:67-76.