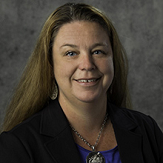 The United States is the second-largest consumer of antibiotics in animal agriculture. The Federal Drug Administration (FDA) restricted the use of all medically important antibiotics for growth promotion in food-producing animals in the United States. Concerns about antibiotic resistance development and its impact on human and animal health, and the overall economy were the reasons behind the restrictions. Further, antibiotics used for disease prevention are now under veterinarians’ control through the Veterinary Feed Directive (VFD).A complete ban on antibiotic use in animal agriculture would increase the costs of livestock production and demand changes in production environments and practices (Brorsen et al. 2002, McBride, Key, and Mathews 2008, Miller et al. 2005, Dee et al. 2018). Dee et al. (2018) highlighted the challenges of raising hogs completely antibiotic-free under a significant disease challenge, such as porcine reproductive and respiratory syndrome virus (PRRSV), and argued for responsible use of antibiotics instead of completely antibiotic-free production systems. Discussions and policy dialogue around the VFD increased consumers’ and producers’ awareness of antibiotic use in animal agriculture and its potential health and economic impacts.

U.S. consumers’ meat preferences and awareness of antibiotic use

The average meat consumption per individual per week in the sample was 5.35 pounds, of which chicken accounts for 43%, beef 35% and pork 22% (Figure 1).

U.S. Consumers’ preferences and willingness to pay for meat attributes

The study shows that U.S. consumers are willing to pay a premium for pork chops produced without antibiotics and with minimal antibiotic use for treatment purposes. The study’s findings suggest a potential for product differentiation for a pork chop based on antibiotic use level in production. The study results imply that the provision of information on the non-therapeutic use of antibiotics in pork production and its relation to antibiotic resistance development has a positive effect on consumer WTP for meat products with reduced use of antibiotics. The study provides helpful insights for livestock producers to develop production practices and marketing strategies that reduce antibiotic use in animal agriculture without negatively impacting their net incomes.

Acknowledgment: Authors acknowledge the financial support from the South Dakota Agricultural Experiment Station for this study.