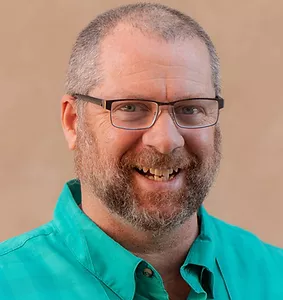 My overall purpose in life is to bring out the best in others‘.

I find myself explaining this to my friends and my clients on a regular basis. I really want people to know that I do my best to bring out the best in them.

Bringing out the best in others – Part 1

About 15 years ago…… this purpose (I also say it’s a ‘calling’) came to the surface in my life.

It has been a recurring theme for many years.

Sales Roles – Bringing out the best in my customers:

I was sitting with a Veterinarian in the Midwestern United States. He told me about some tension between his office team and the veterinarians on staff. He told me that he ‘left a wake’ behind him when he went through the office. He had an edge to him. People weren’t sure how to handle him. He was a bit of an extreme, but several of the vets were like this.

The veterinarians were all hard-charging people that could get a lot done. They rarely stopped to communicate details of what they needed the office staff to do to support their customers better. One particular vet would come through and give some instructions but left out a lot of details. One younger vet was able to connect better with the office team and was forming genuine connections with them.

The office team was full of hard-working, detail-oriented people who did their job well every day. They entered orders. They answered the phones. They greeted customers. They set up appointments for the vets.

Both the vets and the office team were good, hard-working people that were honest, ethical, and wanted to succeed. But…they were ‘missing each other’ sometimes on some key communication issues.

Over the course of the next few months, I facilitated some team-building sessions with both the vets and the office team. It wasn’t rocket science. But…it was effective. After a series of personality assessments and a discussion of the results, it became very clear what was happening.

The vets were a group of highly driven, ‘big picture’ people who were great at bringing ideas and innovation to the business. But, the office team didn’t always understand them. For example, the office team told me that they thought one particular vet was just ‘throwing out ideas’ when he came through the office, so they didn’t follow through. The office team was full of people who were detailed, analytical, and were great at staying consistent in their daily work. But, they needed details and a plan for any changes in their day-to-day business responsibilities.

We used the MBTI (Myers-Briggs Type Indicator) and identified the individual personalities and strengths of the vets and the office staff. We generated individual reports and team reports. We combed through the materials with each team. Then, we combed through the materials a few times with the vets and office staff together. I saw the light bulbs go off. I saw the ‘aha!’ moments. The vets began to change the way they communicated. When they truly wanted something, they would communicate clearly and specifically and give details, a plan, and deadlines. The office team communicated any feedback and even ‘pushed back’ at times if the expectations of the vets weren’t realistic.

Through it all, they formed an effective, cohesive team that learned to work well together and serve their customers better together.

I visited them through the years and saw the changes they made. They’ve continued to grow as a team and in how they relate to, communicate with, and engage with each other. 10 years later after those initial interactions with their team, they told me about their increase in business – more than 10 fold. 95% of the team that had the conflicts early on still work there. They value each other. They respect each other. They ‘play to each other’s strengths’. They are a great team of folks who will continue to have a great impact in our industry for many years to come.

The first step in bringing out the best in your team is to get to know their talents and strengths.

Cloverleaf has 9 assessments so you can learn your individual and team attributes.

Apparent ileal digestibility of amino acids is not likely affected by increasing calcium from deficient to over sufficient concentration in diets fed to pigs,...