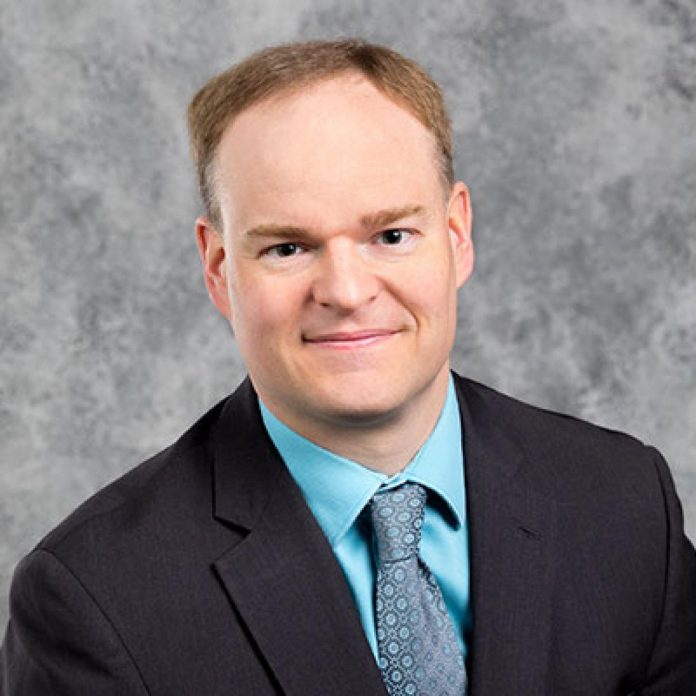 Written collaboratively by David A. Clizer, South Dakota State University (SDSU); Paul M. Cline, Christensen Farms and Ryan S. Samuel, SDSU Extension.Inclusion of dried distillers grains with solubles (DDGS) in swine diets above 20% can negatively impact growth performance of pigs (Whitney et al., 2006; Linneen et al., 2008). An imbalance in the branched chain amino acids (BCAA), specifically excess leucine, is one potential explanation of this decrease in performance. In 2019, Cemin and coworkers conducted a meta-analysis to derive a performance prediction model for BCAA levels in the diet. Recently, Kerkaert and coworkers (2021) conducted a study to validate this prediction model. Results from their study indicated that the negative effects of excess dietary leucine can be mitigated with high inclusion of valine (Val) in the grower period and high inclusion of isoleucine (Ile) in the finishing period. Therefore, two studies were conducted to validate the Val and Ile requirement from the prediction model in diets containing DDGS during the growing and finishing periods.The studies were conducted at a commercial research facility in southwestern Minnesota to determine the standardized ileal digestible (SID) Val:Lysine (Lys) requirement of the growing pig fed diets containing 30% DDGS. A total of 2,425 pigs with an initial body weight (BW) of 87 pounds were used in a 28-day growing study. One of six dietary treatments were randomly assigned to pens containing 27 pigs with approximately equal number of barrows and gilts. Dietary treatments consisted of diets containing 30% DDGS with SID Val:Lys ratios of 60, 65, 70, 75 or 80% or a corn-soybean meal (SBM) diet. The addition of L-Valine was used to create the titrated levels of Val:Lys. Lysine was formulated at 95% of the pig’s requirement, and the diets contained similar dietary energy. Diets containing DDGS provided an Ile:Lys ratio of 60% and a Tryptophan (Trp) to Lys ratio of 21%. Results from this study indicated that the SID Val:Lys ratio of 68% would provide maximum growth performance when pigs are fed 30% DDGS in the growing period. The Cemin and coworkers (2019) prediction model accurately described the trend SID Val had on pig performance when pigs were fed DDGS diets. However, pigs fed a corn-SBM diet still outperformed pigs fed diets containing DDGS (Figure 1). 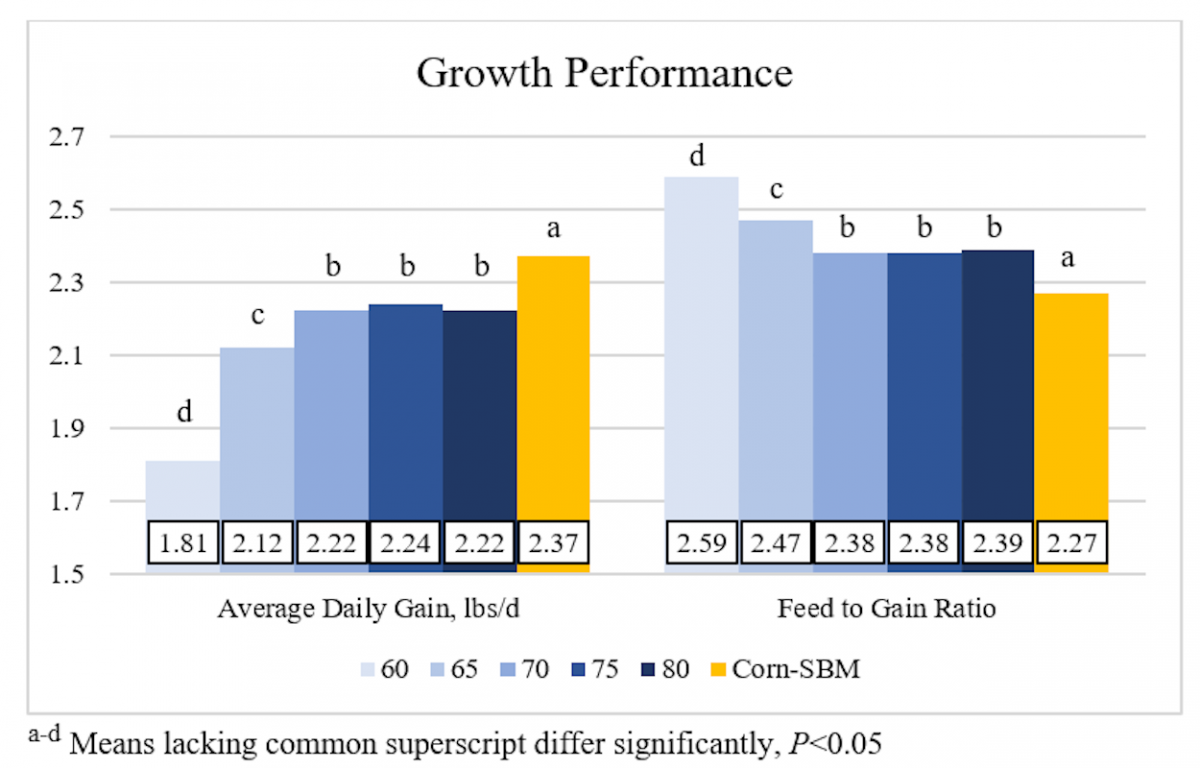 Following the Val study, a 56d trial was conducted to determine the SID Ile:Lys requirement of the finishing pig fed diets containing 20% DDGS. A total of 2,268 pigs with an initial BW of 181 pounds were fed one of six dietary treatments, which consisted of diets containing 20% DDGS with SID Ile:Lys ratios of 55, 60, 65, 70 or 75% or a corn-SBM diet. The inclusion of crystalline L-Ile was used to achieve the titrated levels of Ile:Lys. Diets were formulated to contain 95% of the Lys requirement and similar net energy levels. Levels of Val and Trp were provided at 78 and 21% relative to Lys in DDGS diets. Performance was not affected due to increasing the SID Ile:Lys ratio in diets containing 20% DDGS during the finishing period. However, providing a SID Ile:Lys ratio of 70% resulted in the greatest numerical ADG when pigs were fed DDGS diets and similar ADG compared to pigs fed the corn-SBM diet. The prediction model by Cemin and coworkers (2019) reasonably estimated the performance results in this study apart from the 65% Ile:Lys treatment. However, this may be attributed to unexpected performance of pigs fed the 65% Ile:Lys treatment rather than inaccuracies of the model. In this study, pigs fed the corn-SBM diet still yielded the numerically greatest ADG compared to DDGS diets (Table 1).