The Chair of Manitoba Pork says focussing on biosecurity remains key to keeping the number of cases of Porcine Epidemic Diarrhea low in Manitoba. Since mid-February 2014, when Porcine Epidemic Diarrhea was first identified in Manitoba, stakeholders within the province’s Pork sector have been working to control the infection. George Matheson, the Chair of Manitoba Pork, says stakeholders have been encouraged to maintain their focus on biosecurity and their efforts were rewarded last year with a dramatic reduction in the number of cases.

Clip-George Matheson-Manitoba Pork:
We’ve had a big problem with PED virus in the province over quite a few years now, diarrhea in young pigs which has been devastating to some producers. In 2019 we had over 80 cases in the province. In 2020 we brought that all the way down to; I believe there’s one positive barn right now in Manitoba so that was very much a good news story for us. We continue to ask producers to really focus on biosecurity, not just producers, the assembly yards, the transporters, all people involved in the industry. Groups that have provided assistance such as Manitoba Pork Council staff members, veterinarians in Manitoba, the CVO (Chief Veterinary Office) in the province, transporters, all of these people have gone above and beyond to make sure that disease transfer is kept to a minimum and that has really reaped positive results.

As well, Matheson notes African Swine Fever has devastated producers worldwide but so far, it’s been kept out of the United States and Canada. 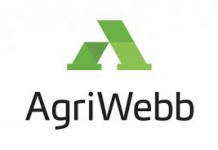