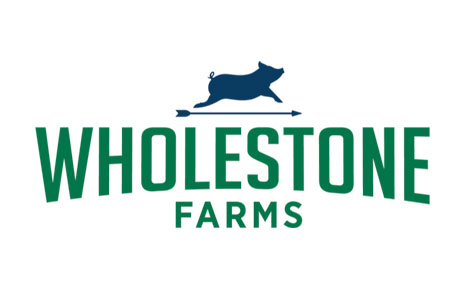 Some in Sioux Falls are opposing a proposed hog processing plant that Wholestone Foods says it will build on the northeast edge of the city.

One member of the opposition group is raising a lot of eyebrows. POET is the world’s largest biofuel company with headquarters located less than a mile from the proposed pork plant, said Joshua Shields, POET’s Senior Vice President for government affairs and communications. Shields said about 340 people work in POET’s Sioux Falls office.

Shields didn’t comment on the CEO’s home, saying instead that, “we believe this project is better suited outside of city limits.”

Citizens for a Sustainable Sioux Falls, a coalition of individuals, businesses and others opposing the construction of any “new slaughterhouse” within city limits recently obtained more than the approximately 6,000 signatures needed to put this topic on the ballot this fall. (See sidebar for ballot language.)

Section 1. That the code of Ordinances of Sioux Falls, South Dakota, Chapter 160: Zoning is hereby amended by adding a new section, to be numbered 160.045, which section reads as follows:

(a)Notwithstanding any other provision of this Code to the contrary, no new Slaughterhouse may be constructed, or be permitted to operate, within the city limts

POET is a member of the opposition group. “We believe Sioux Falls citizens have the right to vote on this issue,” said Shields.

POET is a privately held company with more than 3,000 farmer investors. The company purchases corn, adds value by creating ethanol and selling that fuel into the market, along with co-products such as distillers grains, corn oil, dry ice and more, said Shields.

The company owns 33 bio-ethanol facilities across the United States, with plants near Chancellor, Hudson, and Mitchell being some of the ones in close proximity to Sioux Falls.

Shields said his company would “never build a bio ethanol plant inside a major metropolitan city because of the potential impact on the surrounding community.”

The impact on property values is one of POET’s concerns with the pork plant. Additionally, his company wants to protect the value of its headquarters and its ability to attract “world class talent to live and work here,” he said. Odor, air and water quality are some of POET’s concerns.

Wholestone’s board chairman, Luke Minion, said the 170 acres his company purchased for this project is zoned for industrial use and that the parcel has no buildings on it save for a custom packing plant in the construction phase.

The custom plant which would serve locals by harvesting local animals that can be purchased from stakeholder hog farmers is expected to be in operation in the next couple of months.

Minion said the effort to construct the new packing plant will provide Wholestone the ability to continue on with its larger pork plant, regardless of the outcome of the election this fall because the ballot initiative allows for expansion and alteration of existing plants.

Minion said the main plant, which is expected to be in operation about three years from now is expected to harvest about 10,500 pigs per 8-hour shift, and that eventually it may provide for 2 shifts per day, although the initial plan is one shift per day. About 1,000 full time positions will need to be filled, and the plant is expected to provide the community of Sioux Falls with about $1.5 billion in economic impact each year, and cost about $600 million to build.

The majority of the pigs will come from members who own the company, said Minion. “All pigs will come from local farmers. It’s not like we have owners from California,” he said. More than 75 of the company’s 220 farmer owners live within 50 miles of the proposed plant, he said. “Wholestone is owned by pig farmers in the region: from Iowa, South Dakota and Nebraska,” he said.

Wholestone’s Fremont, Nebraska, pork processing facility is fully staffed, with a starting wage at $20.50, plus health insurance and other benefits. Minion said that he expects that by the time the Sioux Falls facility is writing paychecks – likely 3 years down the road, they will pay a starting wage equal to or more than the Fremont facility’s.

The company plans to utilize “world class” technology to mitigate odor, he said. “We are confident people will see and understand that this isn’t a 50-year-old packing plant. It’s brand new, it allows us to do better things,” he said.

Glen Muller, the executive director of the South Dakota Pork Producers said some members of his organization are stakeholders in the plant, but the SDPP is not, as an organization, financially invested in it.

The location, which is zoned for heavy industrial use, and provides convenient access to Interstate 29 and Interstate 90, makes sense, said Muller.

“This new plant will have the latest in technology to manage air quality, odor emissions, water quality, and more,” he said.

Those who are complaining about the plant are implying that it will be “a replica of the existing harvesting facility built in the early 1990s,” he said. “It’s like comparing a 1911 Ford car to a luxury 2022 Ford automobile and saying they are similar,” he said. “A lot of misrepresentation has been distributed throughout the city of Sioux Falls,” he said.

Muller said he believes some of his SD Pork Producer members do purchase DDG (dry distillers grains) from POET, and some of them also sell corn to the company. “There have been individuals who have relayed their frustrations with POET,” he said.

Shields, speaking for POET, said his company has not seen any impact on its ability to purchase grain or sell co-products including DDG in the area.

“Poet has always been dedicated to growing value-added agriculture, we want nothing more than for agriculture to be successful,” he said.

Muller is concerned, not only for the future of this plant, but the precedent that could be set.

“Wholestone, the city of Sioux Falls, the Governor’s Office of Economic Development and others have worked on this project for quite some time,” said Muller.

“They (Wholestone) are in compliance with zoning ordinances on that property. They have met regulations within the ordinance. This could be a precedent we don’t want to see established. Where you meet regulations but are still be stopped from developing your business or whatever else you may want to do with that property,” said Muller.