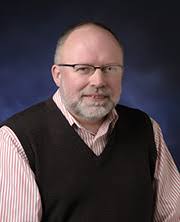 The University of Minnesota’s Leman Swine Conference was held virtually in October, a new twist to the presentation of the 30-year conference for swine veterinarians. During the conference, UMN’s John Deen moderated a session which discussed the pros and cons of batch farrowing in 21st century pig production. In this recent discussion with Pig Health Today, Dr. Deen shared details gleaned from the Leman conference discussion.

Batch farrowing used to be a common practice, but as farms got bigger, continuous-flow production became the norm. Now it appears batch farrowing is making a comeback, according to John Deen, DVM, PhD, distinguished global professor at the University of Minnesota.
“If we optimize across both the grow-out stage and the reproductive stage, we find that changing the way we do reproduction may improve our grow-out stage, even though it may affect things that we emphasized in the past when simply focusing on the sow herd, like pigs per sow per year or weaning age,” Deen said.

Historically, batch farrowing was more attractive to smaller farms, when producers needed a set number of pigs to fill a truck or barn, “but we’re seeing it much more in large sow units,” Deen said. In fact, the practice is being considered and experimented with in many larger systems across a wide geographic area.

“The major variable tends to be whether or not a whole sow unit is batched at the same time,” Deen said. “Secondly, what is the weaning age the sow unit is actually targeting against? Then the third area is the discussion on how to manage the gilt pool and whether or not we solidify the introductions of the gilts on a steady basis into each cohort of farrowed sows.”

The biggest challenge is labor, Deen said, because batch farrowing changes how the farm operates and how labor is utilized. “Once a pattern is embedded it’s very difficult to change,” Deen said. “The example that’s always given for employees is typing. It’s been proven time and time again that the standard layout of keys, called the QWERTY keyboard, is actually not very efficient. And yet we’ve all been trained on it, and whenever it’s suggested that we should change, it involves a lot of labor, and in most cases we’ve been slow to change.

“Some of the same difficulties are occurring on the sow farm,” he continued. “Labor is more concentrated in certain areas on certain days, so repatterning our responsibilities on the farm is by far the biggest challenge.”

The major benefit of batch farrowing is pig health in the grow-out stage, Deen said.

“For farrowing, we have an all-in, all-out system within the sow herd. We have a mature animal that doesn’t shed that much, and we have a cohort of piglets that are of the same age and challenged at the same time within the grow-out phase,” he said.

In some cases, however, health can be challenged. For example, if a new disease introduction occurs in the sow herd, a much larger cohort of piglets would be affected at one time, Deen pointed out. Conversely, that health challenge would happen at one time and could be managed on a more definitive basis within the sow herd.

“Other reproductive challenges [if they occur] can be concentrated as well,” he said. “Seasonal infertility, especially the effects of heat if we have a bad set of weeks around the time of lactation and then mating, can concentrate some of those effects into a larger population of herds. But for the most part, meeting the needs to control health is actually the big reason to use batch farrowing.”

Improved biosecurity is another major benefit of batch farrowing because there is less mixing of pigs, Deen said. “There is a more concentrated transportation effect: If we use a truck, we can use it multiple times between the sow site and the grow-out site,” he noted. “ Biosecurity is one of the added benefits we see when we create a larger pool but with a concentrated, focused effort for a normal batch farrowing.”

Batch farrowing requires a different mindset for producers and their employees, Deen said. The pattern of work for employees is different, so the calendar will need to be laid out clearly and carefully. “Sharing that calendar so we can look forward not only into next week but even into future months is critical,” Deen said. “As that schedule is laid out in more detail, it’s actually a benefit to employees. They can plan their life around it rather than simply working off the same schedule each week.”

The US pork industry is dealing with low-frequency diseases that circulate within the sow herd, Deen said. They can expand in that production phase then blow up in the nursery phase.

“The mechanism by which batch farrowing benefits the grow-out phase isn’t understood in detail yet,” Deen said. “We need more intensive disease monitoring to really understand that aspect and to understand some of the population dynamics in the herd, especially gilt introductions and the effect upon that disease dynamic. I’d like to understand the control points within a batch-farrowing system in which we can manage a disease more effectively.”

In addition, research is needed on how to re-train employees, Deen said.

“We find that certain employees and, frankly, most systems push back on the idea of going to a batch system, [but] afterwards, the great majority of them actually say we’ll never go back; we’re embedded into this new system,” Deen said. “We need to understand how to make that [mindset] change more effectively. Labor management and labor selection would be excellent areas to study in more detail.”

John Deen is a distinguished global professor at the University of Minnesota’s College of Veterinary Medicine. He can be reached at deenx003@umn.edu.