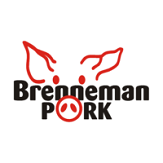 The biggest increase any Missouri county has seen so far, a doubling of the number of cases of COVID-19 in a single day, hit Audrain County on Friday.

The Audrain County Health Department, which has been dealing with an outbreak associated with pork production in Paris and Thompson, reported 24 new confirmed infections.

The county had 22 active cases Thursday afternoon. That jumped to 46 Friday.

The number of cases in the county started to grow Monday after four were confirmed at concentrated animal feeding operations operated by Brenneman Pork of Washington, Iowa. It is the first known instance of a COVID-19 outbreak at a swine production facility in Missouri.

The health department has stopped identifying how many cases are associated with the hog production. Health Director Sandra Hewlett did not immediately respond to a message Friday seeking additional information.

Employees brought to the United States under the TN-Visa program work at the farms, Brenneman Pork owners Rob and Char Brenneman said in a statement provided to the Ledger. They live in a mobile home court in a remote area of Audrain County.

“Last week, we had some employees at our Missouri location beginning to show symptoms of COVID-19,” the statement reads. “Testing was done immediately.”

The company provided all employees copies of Centers for Disease Control and Prevention guidelines in early March for COVID-19 prevention, the company stated. Additional safety protocols also were put in place.

In their housing, employees have individual bedrooms and are able to isolate and social distance, the statement read.

“Team members were directed to stay home and isolate if they were feeling sick,” the statement read.

Staff were encouraged to seek appropriate medical treatment as well.

The farms are working in split shifts. Frequent disinfecting was required in high-travel areas and staff were educated on social distancing.

The state health department on Friday reported the most new cases this week, with 218 additional confirmed cases bringing the total to 11,558 since the pandemic began. Ten new deaths brought that total to 671.