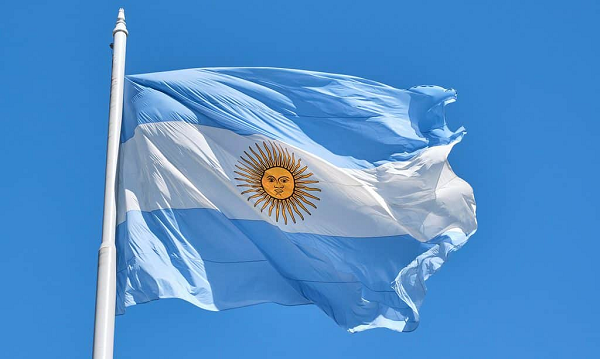 The Economy Minister, Sergio Massa, announced the Argentine production strengthening program that compensates producers of pigs and poultry, both meat and eggs. which were affected by the increase in inputs (food) before the second soybean dollar release.
– Advertisement –

The official announcement was made at the Estación Racedo, very close to Paraná, the capital of Entre Ríos, where the Motta Group, one of the main poultry companies in the country, is based. He was accompanied by the governor of that province, Gustav Bordetthe Secretary of Agriculture, Livestock and Fisheries, Juan José Bahilloand the Secretary of Industry and Productive Development, Jose Ignacio de Mendigurenamong other officials.

“We must continue to deal with prices and compensate, balance, which sometimes happens when relative prices are messy. When you earn a lot and harm others, who add value, the state appears as a bridge to seek balance” , underlined the Economy Minister during his speech.

In this sense, he referred to the Motta Group, where he announced that they slaughter 100,000 chickens a day and sell 50% of their production to the domestic market and the other half to 24 countries around the world.

“This is the Argentina we need to build, which supplies its domestic market at good prices but which sells the talent, work and added value of its land transformed into protein to the world. It is one of our challenges that we have as a country” , has explained. .

Furthermore, Massa announced in his speech that the Minister of Agriculture will be visiting next week cattle ranchers in northern Santa Fe, severely affected by drought-related food shortages. “The idea that the countryside is countryside or industry is over. It is field and industry,” she said.

Highlights of the program

First, the program requires hog producers with fewer than 1,000 sows to receive compensation of $30,000 per ton of soybeans, or their equivalent in by-products or balanced feed, purchased between November 28 and December 30, 2022. , the date on which the second edition of the soybean dollar was effective.

As explained by the economic portfolio, for the calculation of the tons to be compensated, the pMonthly average of pork produced between October 2021 and September 2022 of each producer and the tonnes needed to produce that average volume of meat will be compensated.

The maximum amount per producer can be received is $5 million and the government contribution is 1,000 million dollars, which reaches 98% of producers.

Finally, for egg producers, the compensation will be $30,000 per ton soy or its equivalent in by-products or balanced feed. In this sense, the government contributes 500 million dollars and reaches 100% of the producers.

The government has clarified that for the calculation of the tonnes to be compensated for polleros, the monthly average of chickens sent to slaughter between the months of October 2021 and September 2022 of each producer will be taken into account, the same date for egg producers.

This measure was a request from these sectors which were affected by rising food costs for the soy dollar, as it has made the raw material – soy and by-products – more expensive, which is essential in the diet of animals.

The soybean dollar, which was boosted to accelerate producer sales and bolster central bank reserves, it had two versions in 2022. The first was in September, which amassed sales of 13.4 million soybeans and received $8.1 billion. And the second version was more recent, racking up business of 6.4 million tons of beans and foreign exchange of $3,155 million.

This measure adds to the Resolution 11/2023 of the Ministry of Economy, published today in the Official Gazette, which created the Economic Compensation Program for small and medium-sized sheep wool producers in the Patagonia region, which will have up to 1,500 dollars millions.

And last week, in the Córdoba city of Villa María, Massa himself announced the Tambero Impulse Program, which requires an investment of 9,160 million dollars to guarantee the supply of milk in the face of the severe drought that is affecting most of the regions productive by experimenting. .