Due to its massive budgets, skilled team members, and worldwide recognition, F1 racing is considered to be the premier form of auto racing. Due to their uniformity, hybrid vigour, and close relation to nucleus stock, F1 pigs are considered to be the premier type of pig for production. An F1 generation of pigs refers to the 1st generation of crosses between two unrelated populations. An F1 gilt for example, is usually a cross between a Yorkshire and Landrace. When an F1 is crossed with another F1 or backcrossed to one of the original populations (e.g. F1 sow x Yorkshire boar) you end up with an F2 animal. F2 pigs (like F2 racers) will still perform well, but not at the same level as an F1.

To understand why, we need to start at the top of the breeding pyramid – the nucleus animals. At this level, intensive performance testing and selection occurs within each population (breed) in order to select the genes that best match the breeding objective. Overtime, the more desirable genes become more frequent in the population and the purebred pigs become more uniform due to more homozygous genotypes.

Consider AGC Durocs selected for growth. Many genes affect this trait, but one may come in two forms (aka alleles) such as G and g. Possible genotypes would be, GG Gg, and gg. If the G allele causes faster growth, we’d expect to see more Durocs with the homozygous GG genotype overtime.

AGC Yorkshire and Landrace, though still selected for growth, are more heavily selected for maternal traits such as litter size. If this growth gene happens to also affect litter size where g = more pigs, we’d expect to see more gg genotypes in their populations.

The main reason for crossing Yorkshire and Landrace to make F1 gilts is to capture hybrid vigour or heterosis. Hybrid vigour occurs when genes in an individual combine in such a way that its performance is greater than the average performance of its unrelated parents. The more inbred each parent is and the more unrelated they are to each other, the greater the opportunity for hybrid vigour. This phenomenon is most common in economically important traits including fertility, litter size and weight, and survivability. F1s have maximum hybrid vigour, but F2s have significantly less.

Market hogs from a YxL and Duroc cross are the premier type of pig for production. Their F1 sows provide a maternal environment enhanced by hybrid vigour and the Duroc sires deliver genes selected for efficient meat production and quality plus add more hybrid vigour. Lastly, Dx(YxL) hogs are uniform and only one or two generations removed from their high breeding value and always improving (grand)parents. Just as F2 auto racers strive to compete in the premier F1 league, AGC can provide you the tools and supplies needed to compete in the F1 league of pork production. 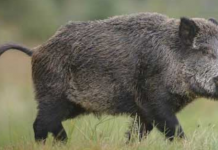