The outbreaks were detected in the central province of Gauteng, home to the city of Johannesburg, and Mpumalanga, a province in the north. Reuters reported that the same virus was responsible for all three outbreaks.

“The affected areas have been placed under quarantine and the provincial veterinary services are applying the necessary disease control measures,” the ministry said.

Authorities are investigating the source of the disease and other farms that could be affected.

ASF is a highly transmissible and deadly disease of both domestic and wild pigs, but it is not harmful to humans. The ASF virus has been spreading throughout parts of Europe and Asia in the past year, causing major losses to the world’s largest hog herd in China. 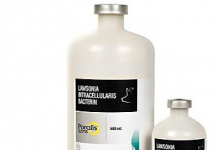