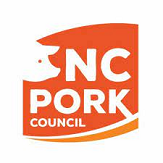 The Scholarship Committee, chaired by Denise Mason, has chosen five individuals to receive $1,000 scholarships this year.

“This was an impressive group of candidates and the committee felt they were all deserving of the scholarship,” said Jay Foushee, a Person County hog farmer.

The scholarship committee, and the North Carolina Pork Council as a whole, takes great pride in supporting students who are focused on strengthening the pork industry as well as their communities. The five candidates have all been actively involved in agriculture and excelled both academically at their respective schools and within their communities.

The scholarships were awarded to Preston Daughtry of Clinton, Jacob Hinston of Princeton, Zach Keeter of Enfield, Makensie Mohrfield of Pink Hill, and Zannah Tyndall of Clinton. Preston Daughtry is a rising sophomore at NC State University where he plans to pursue a degree in agricultural business management. Preston grew up on a small family farm in Sampson County and helps at a neighboring pig farm. Preston earned his Eagle Scout badge and is a member of the FFA, among other extra-curricular activities.

“I want to return to my hometown area of Sampson County to work at one of the many ag-based businesses, many of which are heavily involved in pork production. I’d like to be part of feeding the world through the pork production industry.” Jacob Hinson recently completed in his second year at N.C. State University. He is working on animal and poultry science degrees and plans to pursue a master’s degree in animal science, focused on reproduction, genetics or nutrition.

“I will pursue a career in the field of livestock production. I want to work directly with animals, but I also want to serve as a liaison between the consumer public and the livestock producers. I feel as though I can use my knowledge and skill gained at NCSU to advocate for the industry.” Zach Keeter recently completed in his freshman year at N.C. State University. He is working on a poultry science degree with minors in agricultural business management and animal science, with hopes of becoming a large animal veterinarian. Zach was introduced to the swine industry through showing pigs in 4-H.

“I am currently taking a variety of classes offered at NC State to dive further into swine genetics, anatomy, and nutrition. I am also awaiting approval to be accepted into the Swine Sciences Certification Program. Pigs are biologically similar to humans in many ways, which makes them crucial for research.” He wants to concentrate on poultry and swine medicine in vet school. This is Zach’s second time earning the NCPC Scholarship. Makensie Mohrfield is a senior at NC State University, where she is majoring in agriculture business management, and minoring in animal science. Morhfield’s interest in the pork industry started in 2005, when she began showing pigs at the local level; she eventually worked her way up to show at the county, regional and state levels. This past two summers, she completed an internship in the accounting department of the Smithfield Hog Production office in Kenansville. She hopes to work in the agriculture business field upon graduation.

“It’s so amazing to be able to know where our food comes from and how it gets from the farm all the way to our plates. Many people don’t get to see the production side of farming and how it all works, but I have been fortunate enough to be surrounded by it my whole life.” After college she would like to stay involved in the pork industry in a business management role. This is the fourth year she has received the NC Pork Council scholarship. Zannah Tyndall is a rising senior at NC State University where she is majoring in agricultural business management After graduation, Zannah would like to become an agricultural lawyer and return to Sampson County, where she can combine her passions for agriculture and public policy.

“[Being at NC State] has opened up my eyes to the diversity of our world – the people, the geography and the culture. However, it has also shown me that agriculture is the last industry to receive praise and the first to receive criticism. Interest groups and anti-animal agriculture ideals swarm college campuses, which I have witnessed first-hand. By being a recipient of this scholarship, I can more efficiently achieve my goals through post-secondary education and ultimately shed a positive light on our industry.” This is the third year Zannah has received the NC Pork Council scholarship.