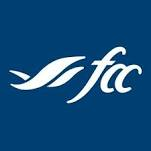 Clip-Craig Klemmer-Farm Credit Canada:
I think things are looking pretty positive. We’re seeing a more opportunistic outlook. We’re seeing really strong demand for pork domestically and in the export market. From that perspective there’s a lot of improved demand there. That’s being supported with higher futures in the United States and we have to look at that North American perspective. When we look at the prices of hogs too, there’s a bit of a concern just on the exports because some of some rules in terms of Canadian exports going to China with the resurgence of African Swine Fever in that country but we just don’t have as much access. I believe there’s only about two or three facilities left in Canada that have export approval into China so I’d say it’s opportunistic because we’re seeing strong demand domestically with the reopening of the Canadian economy and the export market with some challenges about production and that’s really good.

But we’re not able to take full opportunity of those markets just because we have less of our plants being approved for exports into China specifically. It’s a bit of a mixed story but, I think generally speaking, overall looking better. Prices are being supported pretty good on this and we do look at margins to be in that profitable area for 2021.

Klemmer says at the end of the day it’s going to be a numbers game so we’re going to have to keep our pencils sharp.
He says there are different opportunities for different parts of the value chain while others continue to feel some margin compression so we’ll have to look for those opportunities.