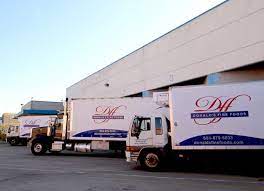 The company took out a $12.7 million building permit for work on the shuttered beef plant on 24th Avenue Northwest.

The plant will focus on processing culled sows to capture a market dominated by exports to the United States, About 80 percent of culled sows are currently exported to the U.S. for processing.

About 100 workers will be employed at the new pork plant, which will be one of five locations operated by the company.

The XL Beef plant closed in 2010 when the company shut down rather than meet demands of 200 striking workers.

The Donald’s permit raised Moose Jaw building permit values for the first six months of 2021 to $41.69 million — an increase of $33.8 million.

While permit values from city hall are up, housing lags last year’s pace with only five new homes worth $1.4 million this year compared with 10 homes worth just over $9 million in 2020.