Some highlights from this week’s Weekly Livestock Market Update: •This week in the markets – Texas A&M University’s David Anderson says the overriding theme in the market is a lot of production. Cash cattle through Friday afternoon was at a standstill. Feeder cattle futures are down just under a $1 for the week. Live cattle futures are up about $.10 in the nearby. Cash hogs are about steady for the week. Lean hog futures were about steady for the week. •Canada, Mexico, and the US inked a trade deal – Anderson says the first thing to applaud is it was signed. But there are still regulatory hurdles to clear. He says there are some technical changes that have been updated. •China and the US – Discussions are underway. Anderson says hopefully this starts to lead to resolution of the trade war between the US and China. •Comments from the Federal Reserve – Remarks from the Chairman of the Federal Reserve where he eluded that they could be reaching neutral territory, and they could pause before raising interest rates again. •Reports next week – No major reports next week. 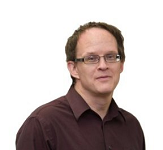 When Quality Counts, Count on Technology, By Geoff Geddes, for Swine Innovation Porc