A Veterinary Pathologist with the Western College of Veterinary Medicine says the use of vaccination helps protect pigs from the flu both by increasing immunity within the herd and by lowering the amount of virus that’s circulating.
Influenza or flu usually doesn’t kill pigs but the illness typically affects a lot of animals on the farm at the same time for one to two months putting them off feed, slowing growth and lowering productivity. Dr. Susan Detmer, an Associate Professor in the Department of Veterinary Pathology with the Western College of Veterinary Medicine, says prevention strategies, including good biosecurity practices and vaccination, will help keep disease from getting onto the farm.

Clip-Dr. Susan Detmer–Western College of Veterinary Medicine:
On a population wide basis we talk about herd protection. A lot of  these vaccines, I’ve seen the offspring of the sows that are vaccinated, anywhere from 60 percent to 100 percent of them have protective antibodies from the colostrum. On the farms where 100 percent of the piglets come off protected, that’s a good thing. That’s not as common, it’s usually closer to 75 percent so three quarters of the piglets are protected. That means that they’re going to have less virus to go around, that the 25 percent that don’t have enough antibodies to protect them, they’re not going to be exposed to as many of these viruses and there’s going to be less illness. So, even if you don’t get 100 percent protection from every animal that’s vaccinated or every animal that receives colostrum from a mother that has been vaccinated, you’re still bringing the disease burden down significantly on that farm and that is the overall idea.

Dr. Detmer says influenza typically peaks in late November into December and again in March-April, however she encourages producers to keep their eyes open for a potential May boost, which we have seen occasionally.

*Farmscape is a presentation of Wonderworks Canada In 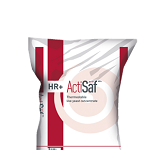