The USDA lowered its outlook for 2019 commercial red meat and poultry production.

Beef was down from February on a slower fed cattle slaughter pace and lighter carcass, supporting the price estimate, and the USDA expects the cow slaughter pace to increase. 2019 beef production is now pegged at 27.3 billion pounds, with a projected steer price of $116 to $123 per hundredweight.

Imports and exports were unchanged at 3.010 billion and 3.255 billion pounds, respectively. Per capita consumption is seen at 57.3 pounds per person, down 0.7 on the month.

Pork was up on the month because of the current slaughter pace and heavier average weights, with the price projection steady to lower than last month. This year’s pork production is now seen at 27.43 billion pounds, with an estimated barrow and gilt price of $41 to $43 per hundredweight. Imports were lowered to 1.005 billion pounds and exports are down to 3.125 billion. Per capita consumption is expected to be 52.3 pounds per person, up 0.6. 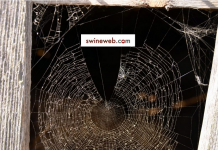