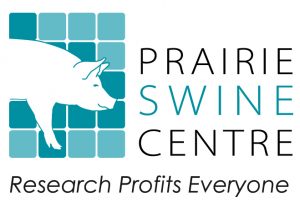 Research aimed at improving transport trailer design is expected to improve animal welfare and reduce losses associated with transport. As part of research being conducted on behalf of Swine Innovation Porc scientists are developing swine transport trailer design criteria to improve biosecurity and enhance animal welfare. Dr. Bernardo Predicala, a Research Scientist Engineering with the Prairie Swine Centre, says, in terms of animal welfare, scientists have identified several factors that need to be looked at.

Clip-Dr. Bernardo Predicala-Prairie Swine Centre:
This includes the floors and the ramps, the partitions between the compartments in the trailer itself.
Then in the ventilation system, cooling and water systems as well as controller and sensor systems to ensure that animal welfare is not compromised when transporting animals under a potentially wide range of ambient conditions.
Among the different recommendations in terms of animal welfare, the use of ramps seems to be the more controversial and has to be avoided as much as possible as they have been documented as a major cause for challenges during loading and unloading resulting in significant stress not only to the animals but also to the truckers as well. Another design feature that seems to be required now in new trailers is the incorporation of fans for mechanical ventilation of the trailer compartment. This is in response to the issue of having widely variable thermal conditions that the animals are subjected to during travel which is highly influenced by the ambient conditions on the road. Related to this is the need to incorporate the controllers and the sensors system to monitor the real time environmental conditions within the pig compartment during a trip, allowing the trucker or the driver to make adjustments or other necessary steps to avoid compromising animal welfare.

Dr. Predicala says the design criteria is intended to be applied by producers, truckers and trailer manufacturers when building new trailers to improve biosecurity and reduce or eliminate animal welfare issues during transport and even loss of meat quality when transporting pigs to the processing plants.