Watch the full interview or each part separately

Litter sizes on US hog farms have steadily increased over the past couple of decades, with 14, 16, even 20 pigs per litter commonplace. But that’s a good-news/bad-news development as those large litters often come at a price, which is more low-birthweight piglets.

“There’s only so much room in that uterus to develop those pigs,” Lee Johnston, professor of swine nutrition and management at the University of Minnesota-Morris, told Pig Health Today. Larger litters tend to result in lighter individual birth weights. “Some of those pigs are going to be less viable and preweaning mortality increases,” he added.

The breaking point seems to be around 1 kilogram or 2.2 pounds at birth. While mortality rates are influenced by a variety of factors, the curve is very steep once birthweights drop below the 1 kg mark. For pigs weighing 400 grams, mortality is essentially 100 percent, Johnston noted.

A drag on the system

The precise economic impact of low-birthweight piglets varies from farm to farm, but the universal truth is that they are costly and frustrating. “You have roughly four months invested in piglets at birth, and when they die or you have to euthanize them, you have nothing to market for those four months,” Johnston said.

In fact, lightweight pigs that do survive tend to be a drag on the system all the way to market. Most do not catch up to their counterparts. In the end, they will likely be sent to market at a lighter weight and produce a fatter carcass with a lower lean percentage.

From a personnel standpoint, light-birthweight pigs can be particularly discouraging. Farrowing-room workers are hard-wired to save pigs, yet euthanizing small piglets may be the compassionate thing to do. “That’s a hard switch to make,” Johnston said.

The people factor is important, particularly with newborn piglets. “Everything is urgent,” he added.  “Stopping to address the (small) pig is important and takes time.”  Lightweight pigs require more care and attention, such as cross-fostering, rescue decks, providing supplements or micro-environments. If such practices don’t succeed in saving pigs, it adds to the caretaker’s frustration and discouragement.

Researcher have looked at the gestation-sow diet to determine if there are nutritional ways to address piglet birthweights, such as high energy and protein intakes, specific amino acids, yeast products, trace minerals. But there’s no magic bullet, Johnston pointed out.

More recently, discussions have centered on “fetal imprinting,” which Johnston explained as, “a way to feed the sow that feeds the piglet in utero to set it up for lifetime performance.” Johnston and his colleagues recently completed a study that looked at zinc levels in gestation-sow diets. “We found that we could decrease whole-herd, pre-wean mortality by about 3 percentage points by feeding very high zinc levels in the last day 75 of gestation,” he noted. Equally important is that this study replicated previous findings.

The study also followed a portion of the pigs to harvest and revealed no difference in post-weaning mortality and growth rates across dietary treatments and birthweights.

Now the researchers want to know why these things happened. “We’re trying to figure out the mechanism,” Johnston noted, “Is there something we can do routinely to provide a pig with proper birthweight and be robust enough in these larger litters to go from birth to harvest and be very productive and give us a full-value pig.”

The story is evolving

Producer interest in the zinc study is high, but they want to know more. For example, the high zinc levels were fed in the last 75 days of gestation, but could it be fed throughout gestation? “We don’t know,” Johnston said. “We don’t know if timing is really important or exactly what dosage.”

The type of zinc used also is a question. Johnston’s team fed zinc sulfate. “We assume it’s the zinc but it could be the sulfate,” he added. “So now we need to do a study where we have zinc oxide and zinc sulfate, and parse that out.”

There also are other factors to consider, such as if there are ways to influence placenta efficiency or nutritional status or the microbiome of the piglet. All in all, there is a lot of excitement about the future prospects. “There’s a lot of work yet to be done,” Johnston concluded.

nutritional status or the microbiome of the piglet. All in all, there is a lot of excitement about the future prospects. “There’s a lot of work yet to be done,” Johnston concluded. 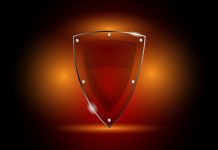 Watch your Strep: Keep your guard up for this evolving bacterium 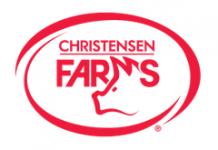