You may recall the farm being featured earlier last year during Q1. After several years of setbacks, the farm was recognized as Most Improved Sow Farm and since then, has continued to work their way up the SelectPride rankings. They finished Q4 in 32nd place, a huge accomplishment considering at one point they were last. 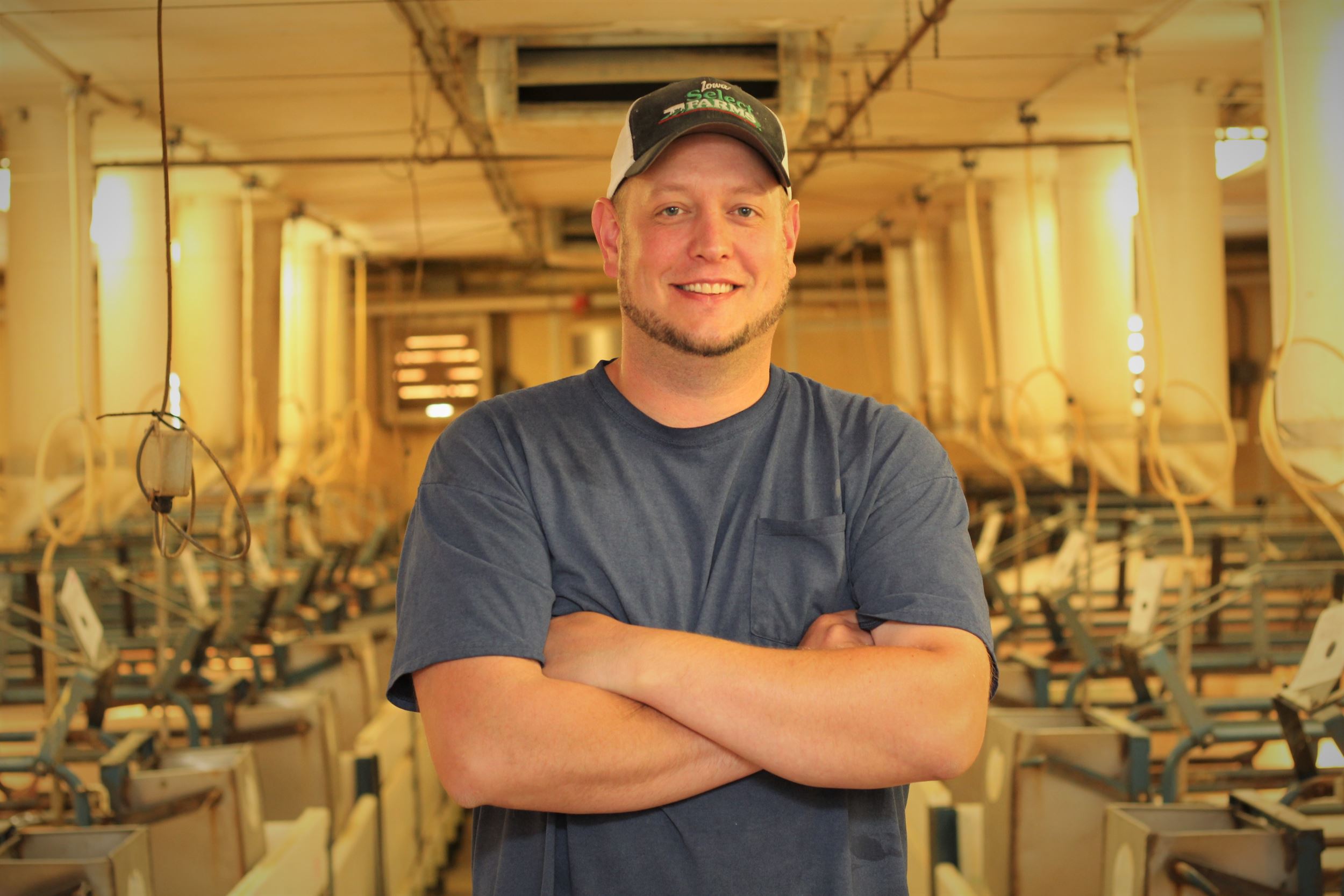 “Since last quarter, a lot of the same people have remained at the farm so rather than focusing on the basics, we were able to take their training further,” said Scott. “We were able to improve even the tiniest of things, which ended up making a big difference.”

Because it’s pretty epic, we’re going to reshare the story of all the Sow 36 has been through to get to this point.

Back in June 2017 the farm underwent a remodel—three months into it, the farm broke with PRRS. As if that wasn’t enough of a curve ball—another was quickly thrown into the game plan.

“In the midst of health issues, we lost a large majority of the farm staff,” said Dan. “So not only were we faced with a remodel and health setbacks, but now we were really short help. We weren’t quite sure what to do or who was going to do it.”

Just as they were coming to terms with their new “normal”, the farm’s manager left. During that transition, the farm didn’t miss a beat—they couldn’t afford to. Unfortunately, things still weren’t looking up for Sow 36. 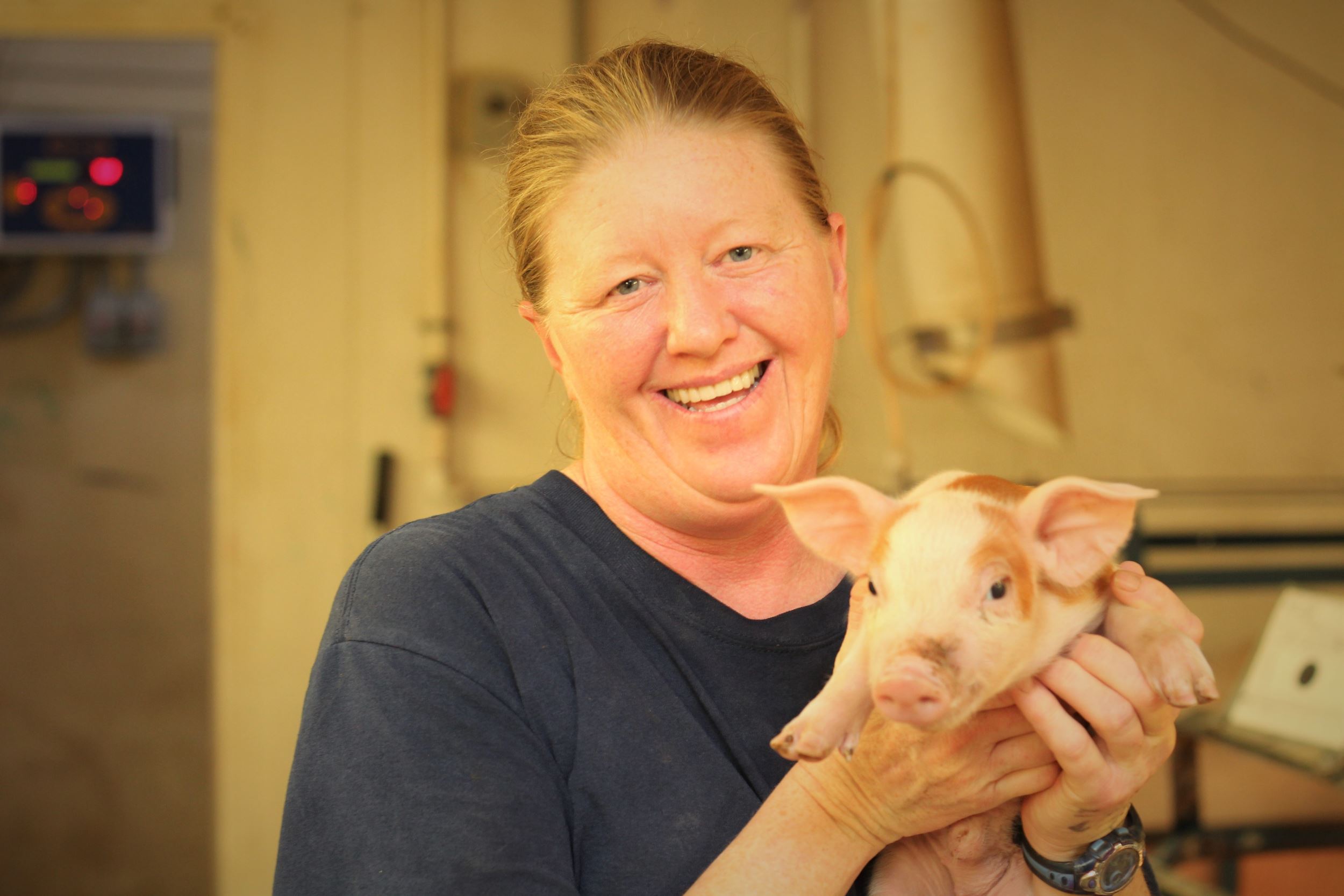 As the remodel was nearing completion in December of 2017, nearby Wood GDU also broke with PRRS. As fate would have it, the strain, although different, had more similarities than differences so the decision was made to place those gilts at Sow 36. The farm was now positive with two strains of PRRS.

In February of 2018, Scott Abels made the move to Northwest Iowa to manage the farm.

“It definitely wasn’t the most ideal circumstances to take on a new farm,” Scott said. “But I saw how hard Wendy, Lynn and Eric had been working to keep the farm running. I wanted to help.”

At this time, the herd was in closure again with two strains of PRRS. They were following all of the strict procedures and biosecurity protocols a cleanup requires. The team had bulked up with the addition of Andrea Schoenenberger and new farm supervisor, Dan Sander. Things were starting to look up—or so they thought. 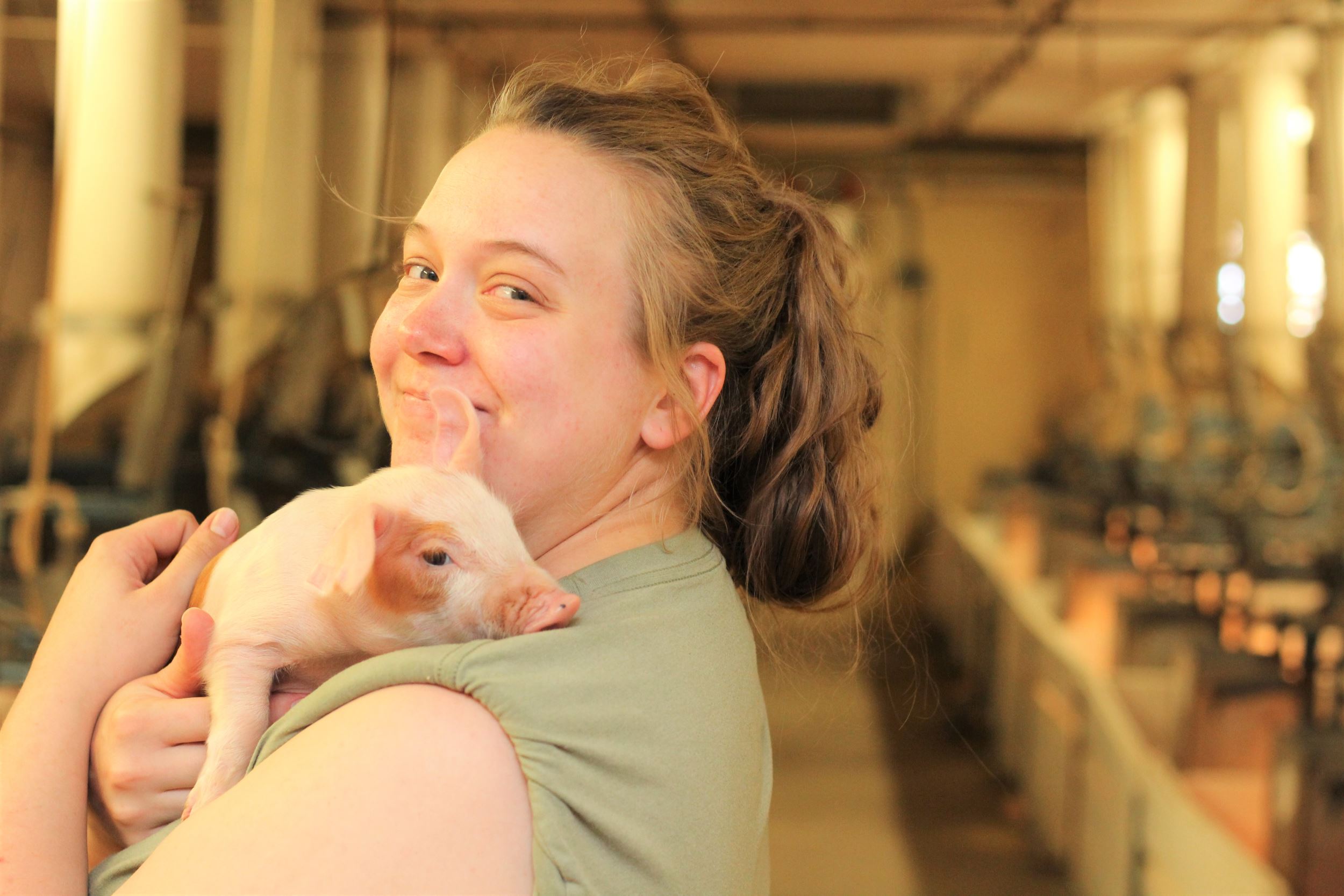 “During routine testing in April of 2018 we found a third strain of PRRS,” said Lynn. “We’re not sure where that came from but think it was from when we were changing the farm’s filters. Either way, it was a huge blow to morale.”

When Lynn broke the news, the farm thought she was joking. It was one step forward and two steps back for the crew at 36. They kept moving and loaded the farm back up, exposed the herd to PRRS again and went back into closure. According to Lynn, the months that followed were okay. In September, just as pace was picking back up, they found Mycoplasma pneumonia.

“I’ve definitely spent more time at this farm than any other in my territory,” joked Lynn. “But this crew never stopped. Everyone pulled their weight when times were really, really bad.” 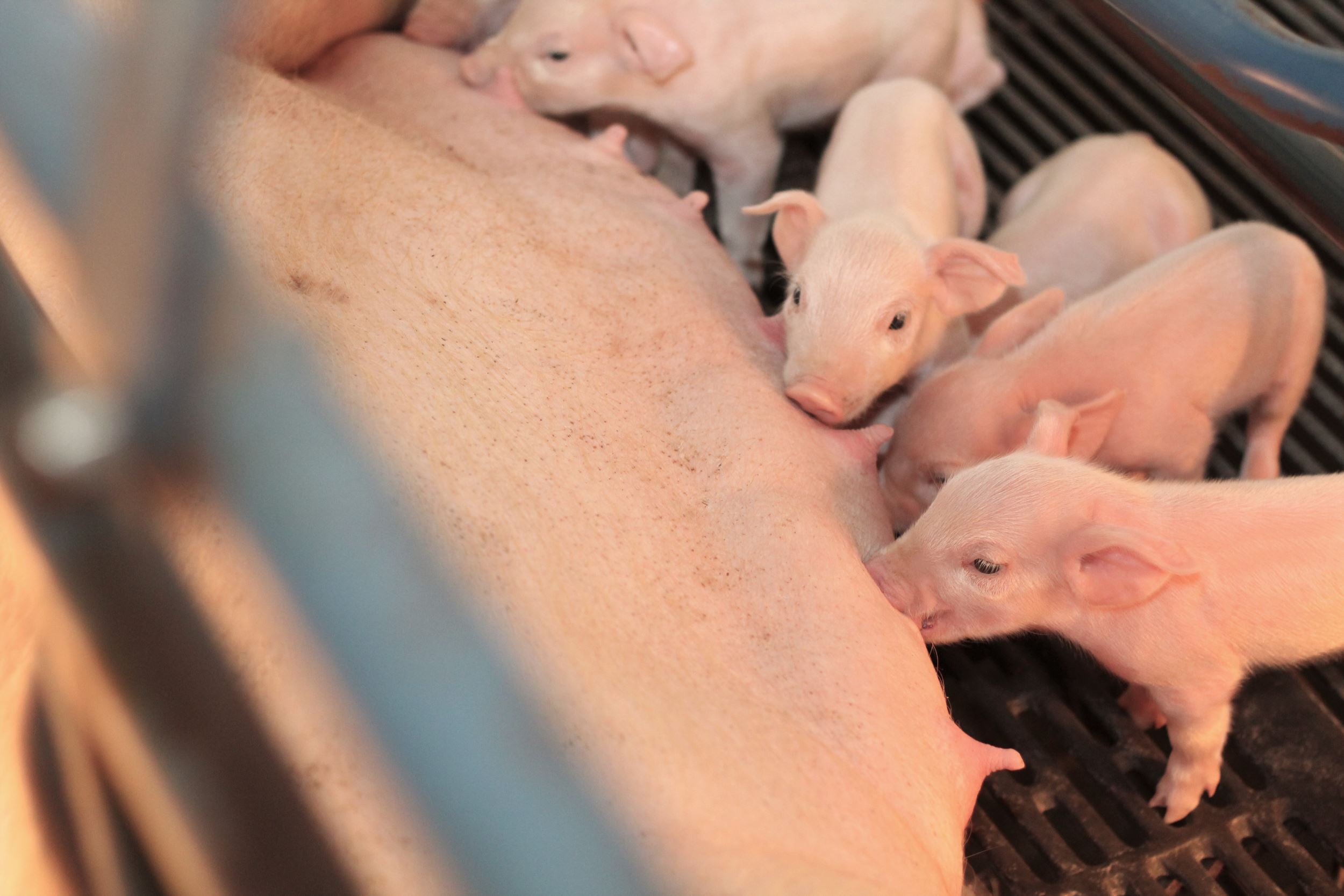 Because we know it’s a lot to follow, here’s a quick summary up to this point—remodel, PRRS, staffing issues, more PRRS, interim farm manager, new farm manager, new supervisor, new employees, MORE PRRS, Myco. And you thought you were having a rough day.

So, what exactly kept the farm going when the going got tough?

“We learned to celebrate the little things,” recalled Wendy. “Laughter can really change your day. So, we started to joke as much as we could and focus on the light at the end of the tunnel, even if it was just a speck.”

Finally, in April of 2019 the farm was declared “clean.” The team moved in gilts, and in May Sleepy Hollow was officially declared PRRS negative. In October, they were cleared of Myco.

“There’s never been a lack of grit and perseverance at this farm,” he said. “So, once they finally saw some health improvements, we knew strong production numbers were soon to follow.” 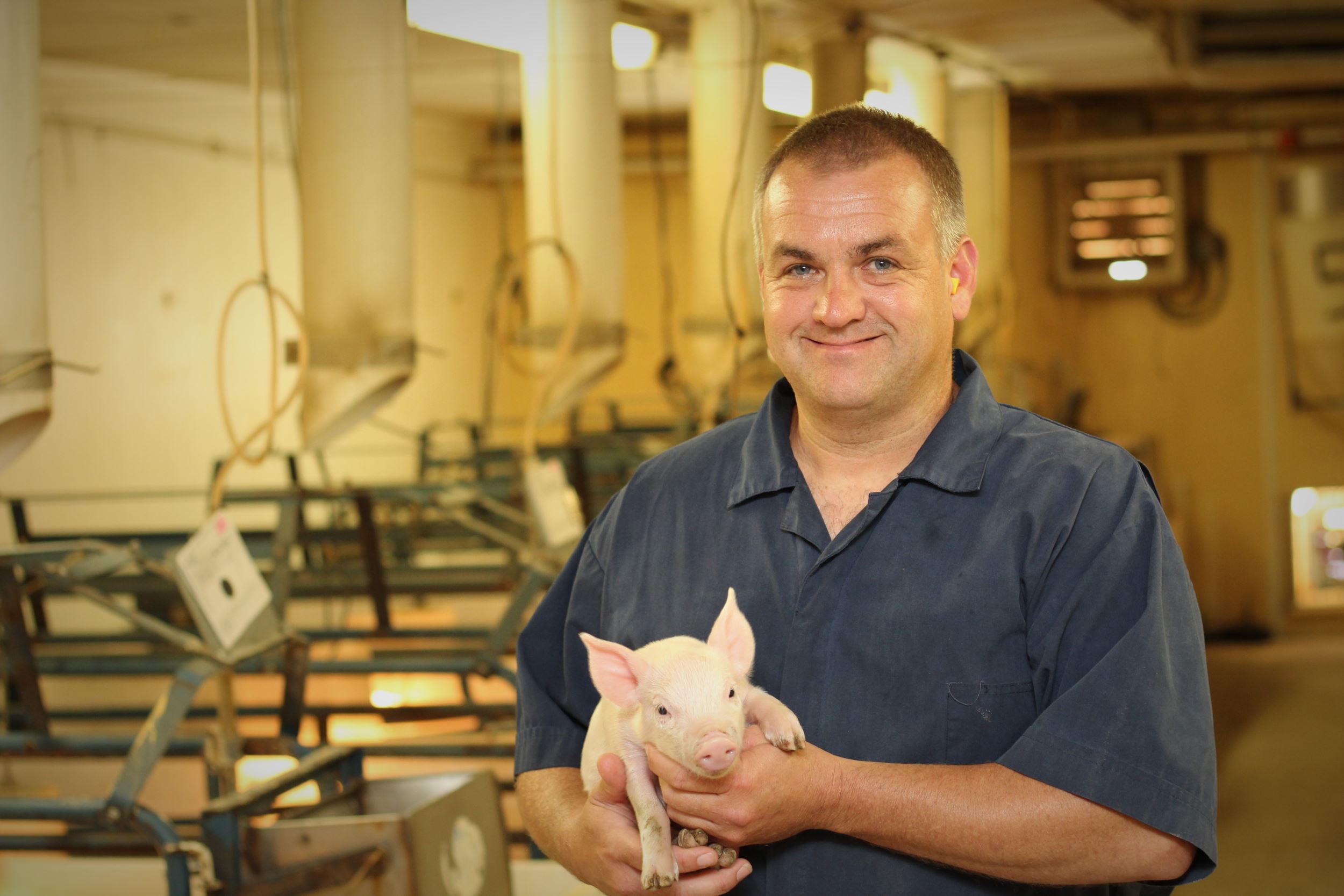 Currently, the farm is seeing 13.7 born alive and 11.7 wean average— yet another huge accomplishment considering the health setbacks they’ve faced. And although we’re celebrating their previous accomplishments, the farm is now focused on the future.

“You’ve got to learn to celebrate the good, even if it’s the smallest of victories,” said Scott. “This crew has worked their tails off and earned everything they’ve got. The journey is what makes you who you are and that’s no exception here. We struggled a lot, but it’s gotten us to where we are today. A really great, strong crew that won’t stop until we’re in the first-place spot.”

Subscribe to our newsletter: Get fresh articles delivered straight to your inbo