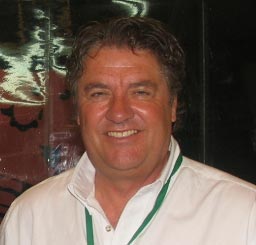 Over the last week US 53-54% lean hogs, decreased from 74.25c / lb to 71.63c / lb. In our mind this is mostly attributed to Pork Cut-Outs that declined from 82-83c/lb range, to 77-79c/lb last week. With the US Pork Cut-outs, at 77c last Friday and lean hogs 72c, the 5c/lb spread is in the range we should expect in the coming months, considering current level of hog production and packing plant capacity. Meaning – for producers to get higher hog prices, cut-outs must go higher. We expect they will, over the coming weeks, as hog supply decreases seasonally.

One thing for absolute sure – the days of Packer Gross Margins records in the $30 to $50 range per head is over. The increased packing capacity has ended the era of Christmas everyday.

The Manitoba Swine Seminar was recently held in Winnipeg. It’s a 2-day conference which has several speakers. The most interesting speaker, in our opinion, was Dr. Neal Matthews, Performance Validation Supervisor at PIC

The PIC presentation was interesting. It was a full-blown attempt to convince producers that taste and flavor did not come from marbling, that increased marbling would lead to considerable increase cost of production, and that the answer and simplest solution was that lean pigs could have taste and flavor added from nutritional changes. On another hand that final consumers didn’t really care for taste and flavor.

Many of the participants in the audience found much of the presentation humorous. To put into context, Manitoba exports 90% of its pig production as either pork or small pigs. While PIC dominates in the USA, Canada and in particular Manitoba are a different story. The two major packers in Manitoba have been hugely successful penetrating the Japan Market. On the Japanese Market, the most lucrative in the world, the main criteria for pork is red and marbled pork; not white and low marbling pork. Duroc’s are the boar of choice, with many being Genesus Durocs.

In our opinion, PIC has a vested interest in trying to refute attempts by the US National Pork Board and USDA voluntarily pork grading system. The new grade system, which has been backed by consumer demand studies, will give the highest two grades, Prime and Choice, to the most red and marbled pork. PIC’s own presentation explained it would take ten years in their swine breeding stock population to move to the new targeted colour and marbling.

We can understand their offensive against marbling and colour. Do they have a product up to ten years behind the industry direction? So, attack and refute is their strategy. They are on the wrong side of the future. “The Other White Meat” era is over.

We welcome a comparison. Genesus has, since 1998 (twenty years), had a genetic team dedicated to maximising colour and marbling, while maximizing litter size, growth, livability and cost efficient. We believe and input our money on efforts to produce pork with taste and flavor. The choice is clear; the evidence points to darker pork with reasonable marbling is the way to enhance consumer demand. Genesus has been and will only produce genetics that deliver dark red and marbled pork.

We would encourage PIC, the leading swine genetic company in the USA, to announce full support for the new USDA and National Pork Board for the proposed new voluntary grade system. Why won’t they? As we heard at the Iowa Congress, PIC – Pigs into Chicken?

For our industry to be profitable real consumer demand is the ultimate driver!