The U.S. has the largest source of pork available for China relative to other countries, consequently China will buy American Pork at record levels. China’s pork demand will set record hog prices in the USA and most if not all pork producing countries over the next while.

Rabobank the world’s largest Ag leader expects China pork production losses to be between 25 – 35%. This loss is at least 30% larger than the annual U.S. pork production and nearly as large as Europe’s. Rabobank estimates Chinas net supply gap to about 10 million metric tonnes in 2019. This will increase prices. The U.S. exported 2.437 million plus metric tons to all countries in 2018.

Last week’s China export of 77,732 metric ton is almost 1% of U.S. annual pork production, China is going to be short about 10 million metric tonnes according to Rabobank.

According to Ministry Agriculture in China; the China sow inventory declined 2.3% in February (800,000) compared to a year ago, It’s down 21% (7 million). A Greater decline than the total U.S. sow inventory, and still declining.

Last week U.S. cash early weans averaged $65.56 and 40 lb. feeder pigs $100.17. I don’t think ever saw early weans this high to be October market hogs but with October Lean Hog Futures at 93.175 ¢ per pound we expect to see even higher small pig prices yet.

A couple times recently we have written of the problem reported Chlamydia in gilts, leading to a high percentage of non-cycling females. A huge economic loss. Last week we got reports that about 30,000 sows of multiplication were going to be liquidated in an attempt to fix this huge problem. If correct this will remove over 200,000 gilts annually from the U.S. supply chain. We feel for the producers; not only have they had the issue of Chlamydia devastating production and leading to loss of gilts sales, now they are going to reportedly depop at the time of record hog prices. A double whammy. Best you figure how not to bring this scourge into your farm.

With higher hog prices the economic benefit of faster growth and lower mortality is magnified.

European genetics have been selected for maximum FCR which leads to slower growth, lower appetite and in turn higher mortality.

Genesus has always followed the concept of rapid growth and lower wean to finish mortality as the way to maximum profitability in North America.

With the market we see today and for the next while, we are glad to have chosen our unique path.

Last week the World Pork Expo was cancelled due to the risk of ASF. We expect not an easy decision. This means trade show cancelled but we understand the show pig event is still on? Seems bizarre to us. The greatest risk of ASF is it getting into pigs. The show pigs are brought to the site then they are taken back home?

A few weeks ago in Oklahoma the show pig event got PED. So much for high health. Have to say we don’t get it. Never could figure why the World Pork Expo had a show pig event at same time as major commercial trade show exposing all participants to the pig health of multiple pigs from multiple farms.

We were at trade show in Spain three weeks ago, just about as big as World Pork Expo. ASF is in Europe, the show went on. Spain, the world’s third largest producer, has experienced ASF in the 60’s – 70’s, they know what it is.

The Europeans Get it Right!

The European Parliament has approved a labelling proposal that would ban the use of meaty-terms- including burger, hamburger sausage and steak to describe plant based foods. The regulations passed with 80% approval. Terms such as Veggie Disc or Veggie Tubes would be used.

Now, the North American Meat Industry should push to do the same. If someone wants to call something that is fabricated, let them develop their own labels. We must work to defend our product and livelihood from those who wish to use our product names and enrich themselves at our expense. Veggie Disc is way more appropriate than Beyond Meat Burger. 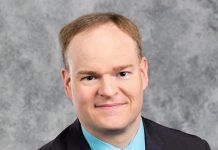