This past weekend marked 27 years since Iowa Select Farms welcomed its first litter of pigs at Cadillac Sow Farm, otherwise known as Sow 1. Located outside of Blairsburg, Iowa, this brand new sow farm was the first of many to come, and luckily, Tracy Borkowski was there to witness the farm’s first big milestone. Waiting patiently in the farrowing room, he captured the first production record on a sow card—14 born alive, 0 deads, 0 stills—and also snapped a photo of a remarkable start to what would quickly become an amazing journey. ⁣
⁣ 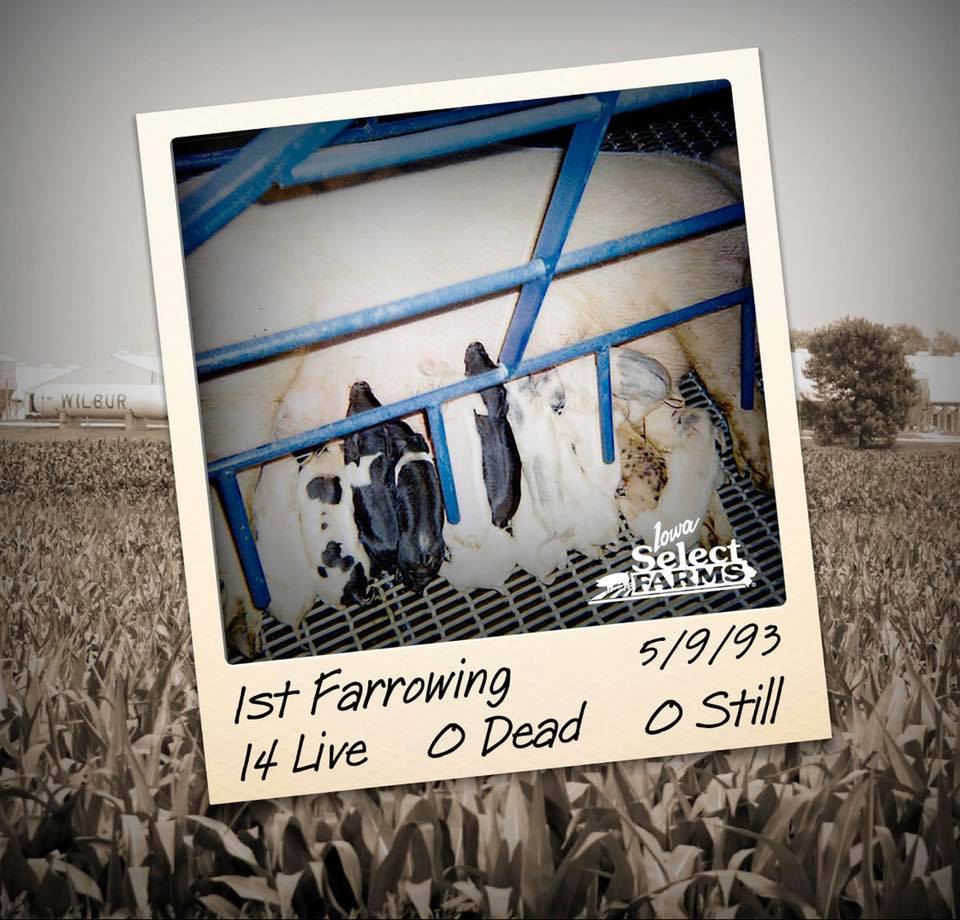 “It was the excitement of building something from the ground up,” said Allen Whiley, who started January 2, 1993 as head of production. He was Iowa Select Farms’ second employee, only behind founder and owner, Jeff Hansen. Allen had worked for Central Soya in Red Oak, Iowa. His PIC customer service rep at the time was Tracy, who gave Allen some feedback that his sows were “a little too fat” (over-conditioned) and his “lights weren’t very clean,” they both like to recall. ⁣
⁣
Allen and Tracy must have sorted out their differences, because Allen reached out to Tracy a few months later to see if he would be interested in working for Iowa Select Farms. Originally, Allen wanted Tracy to be a finishing supervisor, but Tracy wanted to manage a sow farm. Allen adapted his plans and made Tracy an offer he couldn’t refuse—to manage Stumme Sow Farm (Sow 3). Tracy jumped right in, helping out at Cadillac and Rout (Sow 2) while at the same time starting up and eventually managing Jeff’s third sow farm. Since then, they’ve worked alongside each other, in and out of many different roles while overcoming challenge after challenge.⁣
⁣
“You think back on the years, and it’s not about the production numbers or the quarterly metrics, because we are trying to hit those every day,” said Tracy. “It’s about the people we worked with along the way, and the trials and tribulations that we went through, together.” #IowaSelectStrong⁣