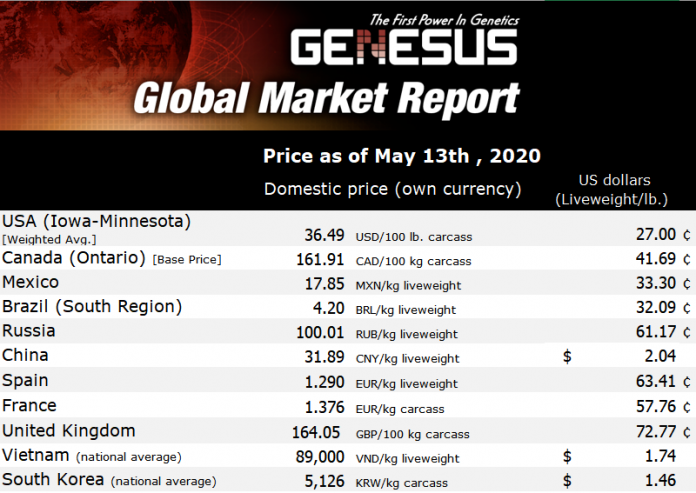 My last Global Market Report was written in the Philippines as I cut my business trip short to fly home to the UK due to the start of the travel restrictions brought on by the Covid-19 Pandemic.

Wow hasn’t eight weeks of movement restrictions and working from home during the lockdown passed by so quickly? We are now entering the easing of the restrictions, the speed of which depends on your location.

Genesus is open for business, the majority of Countries remain open for live pigs for breeding and semen, although it is much tougher to find and get the cargo scheduled, but it is all possible and we thank our customers for their patience and understanding. 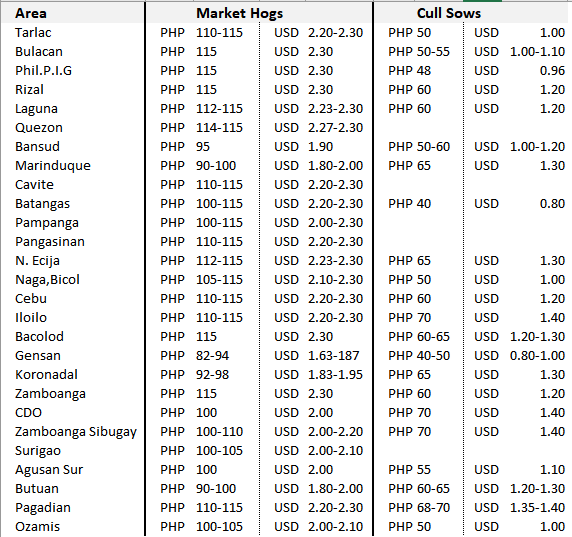 According to the latest report from an authorized government authority, new ASF outbreaks have been recorded to almost 5 more provinces with a record high of 256,950 sows culled.

On the record of one of the hardest-hit provinces in the Philippines, is Central Luzon that also has the highest number of sows being farmed in all provinces.

Even with the strictest measures being implemented by local government, somehow scrupulous traders (Hog Dealers) can get away transporting virus affected hogs to the slaughterhouse in the middle of the night as reported by the local news agency.

As of January 2020, total swine inventory was estimated at 12.80 million heads (0.7% higher than the previous year). 7.97 million from the total inventory located in backyard farms (a 2.4% decrease compared with 2019)

The estimated loss of pork production in the Philippines is 80% in the backyard sector and 30% in the commercial sector, the total loss of the hog population due to ASF is expected to be 62% or the equivalent to 7,850,000 hogs.

As the Covid-19 restrictions ease, ASF is kept under control, and the prices are firm, we expect the commercial farms hit by ASF will plan their restocking and start new projects for now put on hold

Pork remains the meat of choice of many Filipinos.

The pig price per kg liveweight is now:

(Click here for more detailed prices for each province)

The high pig prices are despite the Ministry of Agriculture efforts to get an agreement with 15th of the Counties producers to have a maximum price of 70,000 vnd/kg from April 1st.

According to the Department of Livestock production, at the end of April total hog inventory was 2.86 million head including 115 thousand sows of GGP/GP, an increase of 100 thousand (5%) compare with the end of 2019. (Source)

According to the newspaper: “Nguoilaodong”, the price for breeding stock has increased tremendously.

Even the larger corporate companies that have finance available are in most cases unable to buy breeding stock due to lack of availability on the market. (Source)

With an estimated loss of 35-40% of the sow herd due to ASF, Vietnam producers have commenced recovery by importing GGP and F1 breeding stock mainly from Canada for restocking.

Thailand has resumed exporting live pigs to Vietnam and China after the border checkpoints reopened. This is elevating the weekly price of the pigs that have now reached $2.2/kg.

It is estimated that about 2000 pigs/day are being shipped to Vietnam through Cambodia and about 1000 pigs/day through Laos.

These exports are vital to the development of the pig industry in Thailand for 2020. Country-wide closures of restaurants and massive unemployment due to the lockdown to control Covid-19 are suppressing demand for pork significantly.

Rapid movements of pigs across the border are rising concerns over the ASF among the livestock agencies. This has prompted the Thai cabinet to set aside $17 million for beefing up measures to prevent the African Swine Fever (ASF) along 27 provinces bordering Myanmar, Laos, Cambodia, and Malaysia. Up to 71% of the budget will be used in compensating the farmers who have to sacrifice their pigs to strengthen biosecurity along the borders, which are prone to infection. Apart from this, 19% of the budget will be used in buying testing equipment. The remaining 8% will be spent on surveillance, including increasing livestock patrol officers in the high-risk areas.

So far, Thailand remains free from ASF. This is an opportunity for the country to boost pork exports.

Pork exports from Thailand to Hong Kong jumped over 300% from January to February valued at $10.6 million. However, the ban on incoming and outgoing passenger flights in Thailand since April is interrupting the export significantly. Only a few cargo flights from Bangkok to Hong Kong are being operated, and the freight cost has hovered from $0.5/kg to $2/kg.

With the passenger flights to be resumed in June, it is expected that pork exports from Thailand to Hong Kong will be growing again.

Thailand is expected to produce 1.68 million tonnes of pork this year. Of which, 93% is consumed locally and the remainder is left for exports. 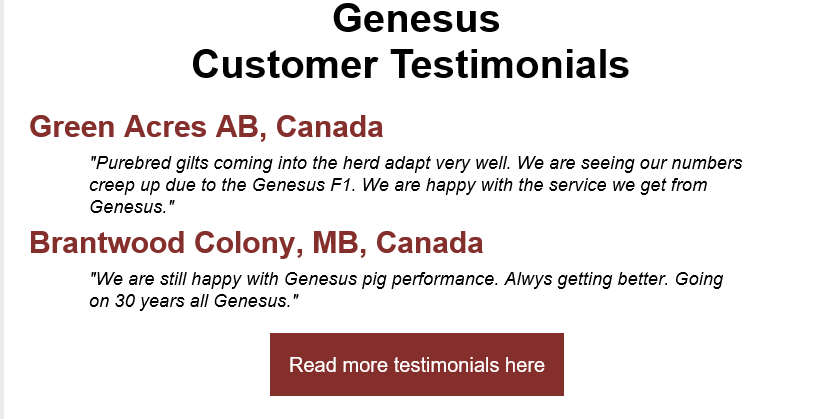 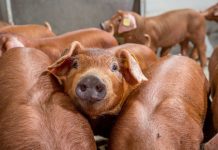 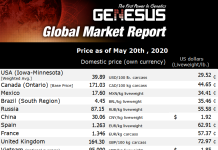