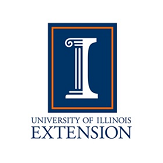 Leucine is a key regulator that stimulates catabolism of branched-chain AA (BCAA; i.e., Leu, Ile, and Val) in skeletal muscle and liver. If diets fed to pigs contain excess Leu, catabolism of all 3 BCAA may increase because of the stimulating effect of the Leu metabolite, α-keto isocaproate, on the branched-chain α-keto acid dehydrogenase enzyme complex, which is responsible for degradation of the 3 branched-chain α-keto acids that originate from metabolism of the 3 BCAA. Serum Ile and Val concentrations were reduced by excess dietary Leu in growing pigs, and high dietary Leu reduces feed intake and growth performance in pigs, which may be a result of the imbalanced supply of BCAA that result from increased metabolism of Val and Ile. Recent data confirmed that excess dietary Leu reduced growth performance and tended to reduce protein synthesis, which is likely a result of reduced availability of Val and Ile.

Therefore, the objective of this experiment was to test the hypothesis that inclusion of dietary Ile and Val above the requirement may overcome detrimental effects of excess Leu on N balance and BCAA metabolism in growing pigs.

A total of 144 growing pigs (initial body weight: 28.5 ± 2.5 kg) were housed individually in metabolism crates and divided into 8 blocks and randomly assigned to 18 dietary treatments in a randomized complete block design. A basal diet with a standardized ileal digestible (SID) Leu:Lys ratio of 100%, a SID Ile:Lys ratio of 43%, and a SID Val:Lys ratio of 60% was formulated based on corn, wheat, barley, soy protein concentrate, and spray-dried blood cells. Two levels of synthetic L-Leu (0 or 2.0%), 3 levels of synthetic L-Ile (0, 0.1, or 0.2%), and 3 levels of synthetic L-Val (0, 0.1, or 0.2%) were added to the basal diet – for a total of 18 diets that were used in a 2 × 3 × 3 factorial arrangement of treatments. The body weight of pigs was recorded at the start and at the end of each period, and daily feed provisions were recorded as well. Urine and fecal samples were collected for 5 d following 5 d of adaptation to the diets to measure N balance and biological value of the diets. At the end of the experimental period, blood samples were collected to analyze plasma urea N.

No 3-way interactions among main effects were observed throughout the study. There were no effects of adding dietary Leu and Val on feed intake and N intake of pigs, but excess dietary Leu in diets increased (P < 0.05) urine N excretion (Table 1). Whereas fecal N excretion and apparent total tract digestibility of N were not affected by dietary Leu and Val supplementations in the diets, N retention (g/ 5d and % of intake) and the biological value of diets were reduced (P < 0.05) as dietary Leu increased.

Adding Leu in diets increased (P < 0.05) plasma urea N of pigs, but plasma urea N was reduced (P < 0.05) as dietary Val increased (Table 2). This indicates that excess dietary Leu resulted in increased catabolism of Val and a subsequent deficiency of Val by the pigs. However, by adding additional Val, this deficiency was overcome and that is why plama urea N was reduced by adding more Val to the diets. Concentrations of BCAA in liver were also greater (P < 0.05) in pigs fed excess-Leu diets than in pigs fed low-Leu diets, but concentrations of BCAA in skeletal muscle were greater (P < 0.05) in pigs fed low-Leu diets than in pigs fed excess-Leu diets further indicating that if excess Leu is fed, Val and Ile will be deaminated in the muscle, thus resulting in deficiencies of these amino acids.

Prolapse Incidence in Swine Breeding Herds Is a Cause for Concern