Games…there’s lots of games being played in the hog market these days. The obvious objective of packers, and the Chinese, in the face of a surge in demand like never before witnessed, is to keep the price of hogs as low as possible for as long as possible. Packers are throttling the cash lower, daily, as it appears there’s a backlog developing. If there indeed are hogs being backed up, it would be solely due to labor issues as processing margins have nearly doubled over the last few weeks. Granted, hog numbers are record large thanks to foolish expansion in the industry, but numbers do not exceed the capacity to kill. Games.

Staring Jan 1 JBS will be paylean-free in their processing operation and starting Feb 4th Tyson will also be paylean-free. This represents about 1 million hogs per week that are now being weaned off the feed additive. Slower weight gain or reduced weights at slaughter is what this means. It also likely means increased shipments to China.

The latest news on the trade talks is that some tariffs will be rolled back. No doubt pork will be one of these. It appears the odds are very good that a trade deal will be agreed to and signed later this month. Yet hog futures struggle. We’re waiting for a close in June above 9200 to move sell stops upward. Games. 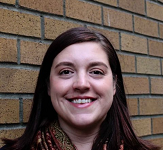 Four Cornerstones for Agriculture in Uncertain Times, By Bill Even CEO, National Pork Board