Streptococcus suis (S. suis) continues to be ranked  as  one  of  the  most  common diseases  on  pig  farms  on  a  global  basis. Efforts  to  reduce  antimicrobial  usage  as part  of  a  more  comprehensive  plan  to  limit the development of antimicrobial resistance has spurred investment  in  S.  suis  research.  Understanding  the ecology of S. suis is important as disease prevention and control strategies are developed. There is a wide range of disease causing abilities within this species. S.  suis  is  a  bacterium  that  may  be  classified  into pathogenic, opportunistic or commensal strains.

Serotyping  and  Multilocus  Sequence  Typing (MLST) are the primary diagnostic methods used to differentiate  strains.  Serotyping  is  the  best  known and  the  more  traditional  diagnostic  technique. Multilocus  sequence  typing  (MLST)  is  a  common research  diagnostic  approach  that  is  used  in  many species  of  bacterial  pathogens.  US,  Canadian  and Mexican  researchers  wanted  to  characterize  the diversity  of  208  S.  suis  isolates  collected  between 2014  and  2017  across  North  America  by  using serotyping and MLST. They also wanted to further investigate  associations  between  subtype  and pathotype  classifications  (pathogenic,  possibly opportunistic,  and  commensal),  based  on  clinical information  and  site  of  isolation.

The  researchers found  the  following  in  these  208  North  American isolates:

Jim Long Pork Commentary, “Anyone can raise hogs. But it takes a near Genius to make money doing it.” February 24th 2020 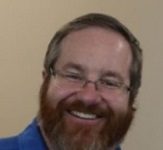