The investigators in this study documented thirty-six field   cases   that   were   submitted   from   multiple production   systems,   numerous   sites   and   varied geographic locations. They were able to demonstrate  PCV3  virus  within  affected  tissues  by using  an “in  situ  hybridization” test  in  fetuses  with myocarditis,    weak-born    neonatal    piglets    with encephalitis  and  myocarditis,  from  cases  of  porcine dermatitis   and   nephropathy   syndrome,   and   in weaned  pigs  with  systemic  periarteritis.  PCV3  was detected  by  PCR  in  numerous  fetuses  and  perinatal piglets at high viral loads. Samples from all cases in this  study were  assayed  and  found  negative  for PCV2   by   PCR.   Metagenomic   sequencing   was performed   on   a   subset   of   reproductive   cases, consisting   of   sixteen   fetuses/fetal   sample   pools. PCV3 was identified in all pools and it was the only virus identified in fourteen pools.

These particular clinical cases appear to be associated with PCV3 infection.

Thankfully, clinical disease associated with PCV3 is not occurring on a frequent basis. We will however need to monitor this closely as PCV2 started with a “wimper and not a bang!” 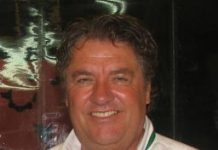 What are Standard Operating Procedures, and why are they important to the swine industry, By Casey Zangaro Michigan State University