Pig breeders in China who have managed to keep fatal African swine fever off their farms since outbreaks began a year ago are now set to reap rewards, with some in line for record profits of $200 per hog thanks to soaring prices.

The virus has reached every province of the world’s top pork producer. The pig herd shrank a third in July from the same month a year ago, according to the Ministry of Agriculture and Rural Affairs, though many observers believe half the herd is already gone. 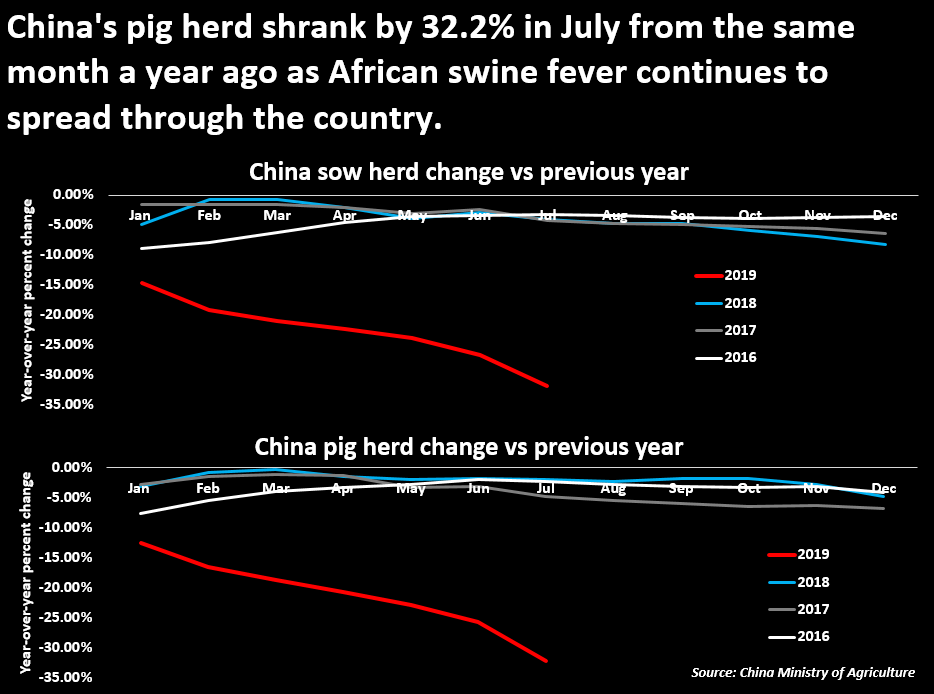 Since June, slumping production has triggered a price surge. National average hog prices passed the 2016 record of 21 yuan per kilogram earlier this month to hit 24.6 yuan ($3.48) per kg on Aug. 19, according to data from Shanghai JC Intelligence Co Ltd. 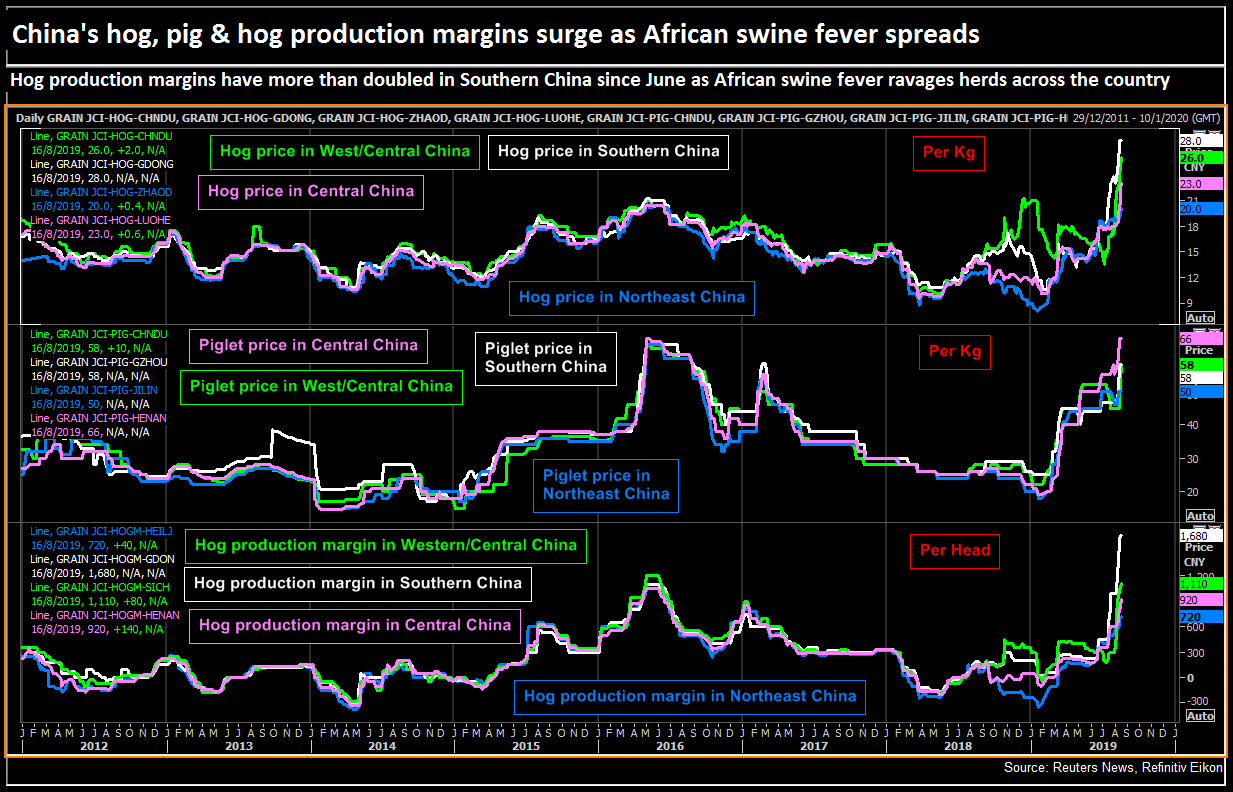 That trend is unusual: Hog prices are typically weak in summer months when pork demand is lower, and start rising in September at the start of the peak season.

“The timing is earlier than expected,” said Pan Chenjun, senior analyst at Rabobank. “August is still the low season but now everyday we see an increase in price.”

The high prices will eat into profits at processors like WH Group, which last week reported a 17% decline in first half profits and warned that prices are set to keep climbing. 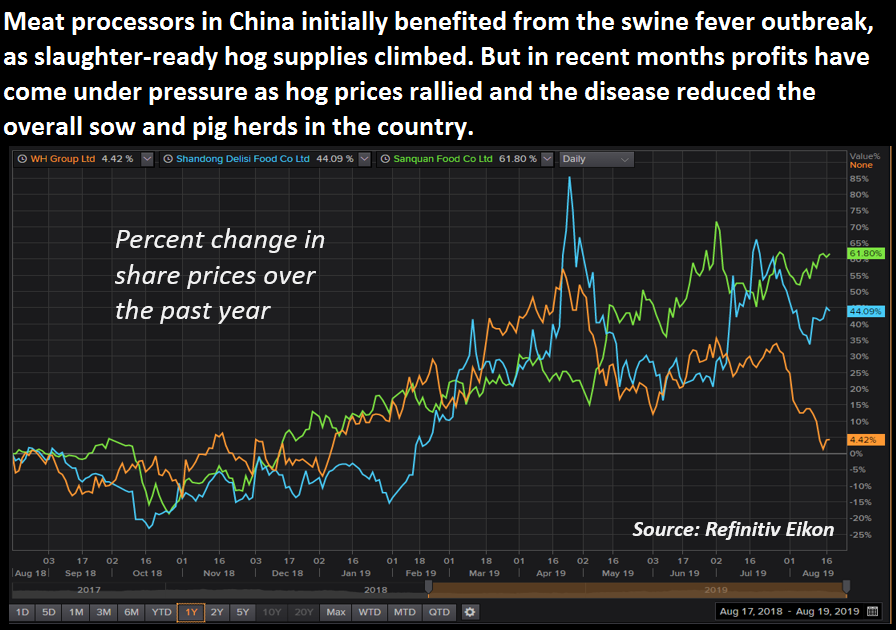 Hog prices in the south are especially strong, after the disease ravaged the area in recent months. Production had already been on the wane in the area for years after provincial governments shut down farms near water sources and population centers in a drive to clean up the environment.

Live hog prices in Guangdong have rocketed to more than 28 yuan per kg, double the level in late May. Neighboring Guangxi region and Fujian province have also hit 26 yuan and 28 yuan respectively.

That has driven average hog profit margins over 1,000 yuan per head, within sight of the previous record of 1,135 yuan, according to JCI. Margins in Guangdong are close to 1,700 yuan.

Profits on that scale are multiple times higher than those farmers in Europe or the United States can expect to earn. They are tempting some to start expanding again – despite the high risk of operating in an environment still plagued by African swine fever. 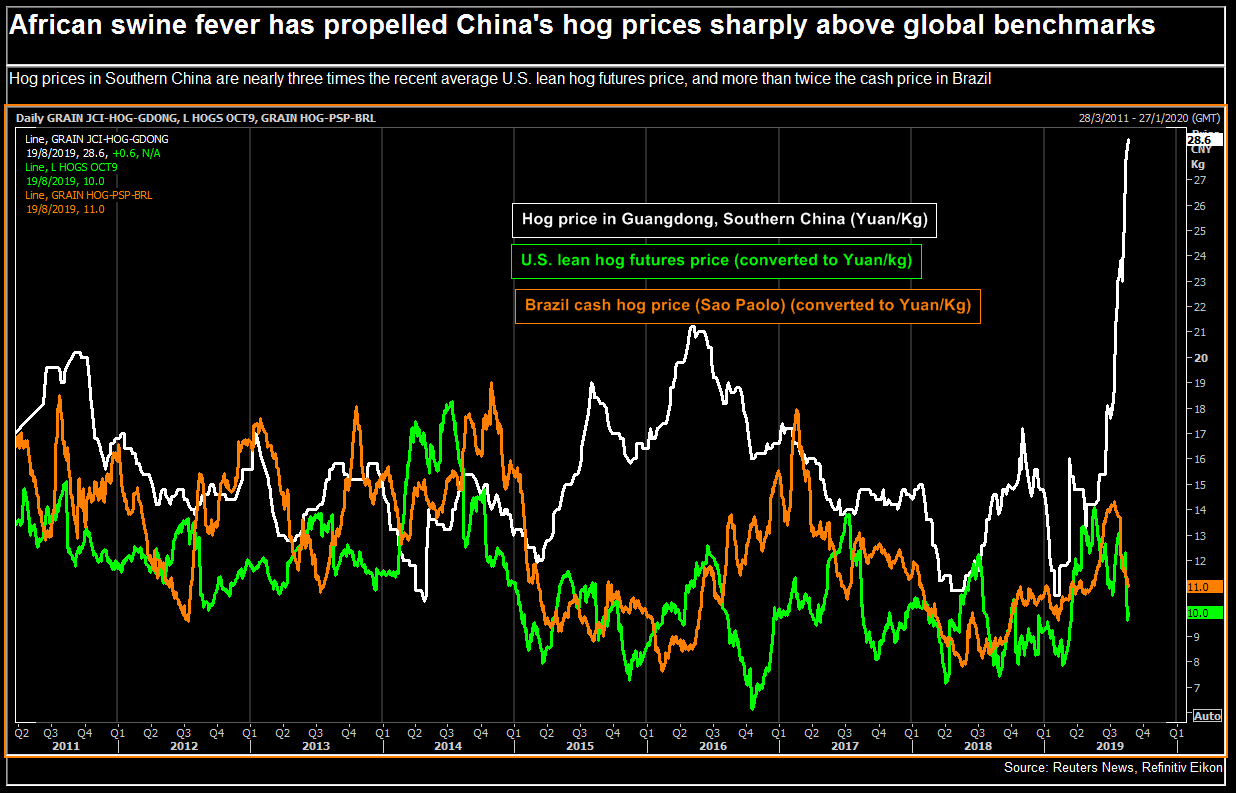 The company, which currently has 30,000 sows, is building new farms in both Guangdong and Guizhou provinces, he said.

“If there wasn’t risk, how would the prices be so good?” he added.

For others, however, the bumper profits are not enough to entice them back. Many farmers are still in heavy debt after losing all their animals to the disease and have not received any government support.

“It is too dangerous,” said a Guangdong-based farmer surnamed Peng, who sold all of his 10,000 pigs in June after some contracted the disease.

He said he would not return to pig production until a vaccine against the disease became available.

China’s consumers are also starting to feel the bite from African swine fever.

Retail pork prices are up more than 40% since the first outbreak in August 2018 and anticipated by government officials to soar as much as 70% in the second half of the year – just as demand for China’s favorite meat picks up with the onset of cooler weather and the important Lunar New Year festival. 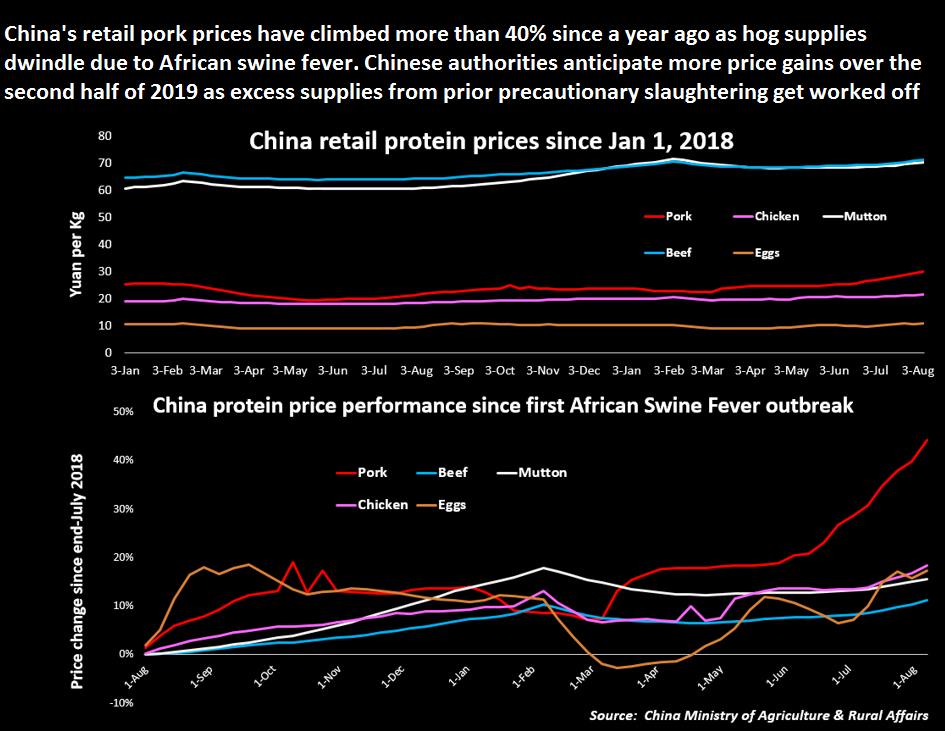 Lessons learned: How a modern hog farm in Russia recovered from ASF