The Metro Board of Zoning Adjustment has approved a controversial request by the JBS USA pork packing plant in Butchertown to expand its animal bleeding and stunning building and enclose its outdoor unloading area.

The Butchertown Neighborhood Association had objected, saying city planners should reject any requests from the plant at 1200 Story Ave. because it didn’t have a valid operating permit.

After obtaining Monday’s approval to expand, JBS plant manager John Cliff said the board’s ruling was “a breakthrough for us” that will lead to reduced odors once the outdoor area is enclosed.

But along with its approval, the board placed a cap on the number of hogs that could be slaughtered at the plant — no more than an average of 10,500 a day.

The cap addresses the neighborhood association’s concern that the expansion might signal a planned increase in slaughtering.

The zoning board also authorized city code inspectors to visit the plant to check records on the number of hogs slaughtered.

Another condition of the approval requires JBS to appear before the Board of Zoning Adjustment every six months to check its status regarding any notices of violation from the Metro Air Pollution Control District.

Neighborhood association attorney Jon Salomon said the association is pleased that the zoning board “has recognized the ongoing problems with the nuisance odors caused by” the plant.

Asked if he would appeal the board’s approval of the expansion to Jefferson Circuit Court, which is an option, he said he will consult with the association about what next steps might be appropriate.

The zoning board’s ruling in favor of JBS comes after Louisville officials recently slapped the company with its biggest air pollution fine since at least 2003, a $98,750 penalty based on odor, record-keeping and permit violations.

The pollution control district has offered to settle for $74,050 and possible “remedial measures or corrective action,” district executive director Keith Talley wrote in a March 7 letter made public last week.

But Cliff said the board’s approval Monday settles that legal issue, and attorney Glenn Price, who represents JBS, agreed. “I don’t think there’s any doubt that we do have a valid” conditional use permit, Price said.

Adding a third unloading chute, which is also part of the plan, will help speed up the unloading process and keep trucks filled with animals from around Kentucky and Indiana from stacking up at the site, Cliff said.

JBS’ requests to add a covered break area and a fence along Story Avenue also were approved. The company also is applying for a conditional-use permit to continue parking refrigerated trucks full of meat products at a nearby lot on Cabel Street.

Despite Global Challenges, U.S. Pork and Beef Exports on Record Pace through February 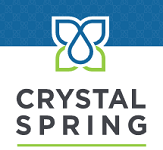